Martina Navratilova is one of the most cherished tennis players. She retired in 2006 with 59 major titles under her name, out of which 18 were Grand Slam singles titles. Therefore, it won’t be wrong to say that she ruled the courts from the late 90s to the early 2000s. However, apart from her splendid tennis career, her active involvement in the betterment of society garners respect from all around the world.

Further, her straightforward nature is also worth admiring. Navratilova voices her thoughts fearlessly and condemns things that irk her very often. Recently, she spoke about the damage Tesla’s new variant caused.

Tesla is an American automotive company which works towards accelerating the world’s transition to sustainable energy with electric cars. However, casualties because of overheating is one of the major defect of Tesla cars. In fact, they recently recalled around 130 thousand vehicles to fix infotainment systems that may overheat before and during fast charging. Therefore, Martina took on twitter to call out the company about the issue.

She wrote, “Wonder how much money Tesla paid to the victims of a fiery crash here in Ft Lauderdale a few years ago. Teenage boys who should have been able to just walk away but instead burned to death.”

Wonder how much money Tesla paid to the victims of a fiery crash here in Ft Lauderdale a few years ago- teenage boys who should have been able to just walk away but instead burned to death … https://t.co/9UkzEQKGcP

Further, Tesla has announced that they will be fixing the flaw with an over-the-air software update. It will refresh software wirelessly like a smartphone app update, making the recall less burdensome for Tesla and affected owners. Tesla owners won’t need to take their vehicles to a service station.

Martina’s Contribution to the Society

The tennis legend has always shown an interest in fighting social evils and supporting the ones in need. From being an animal rights and gay rights activist to helping underprivileged children, she has done everything. 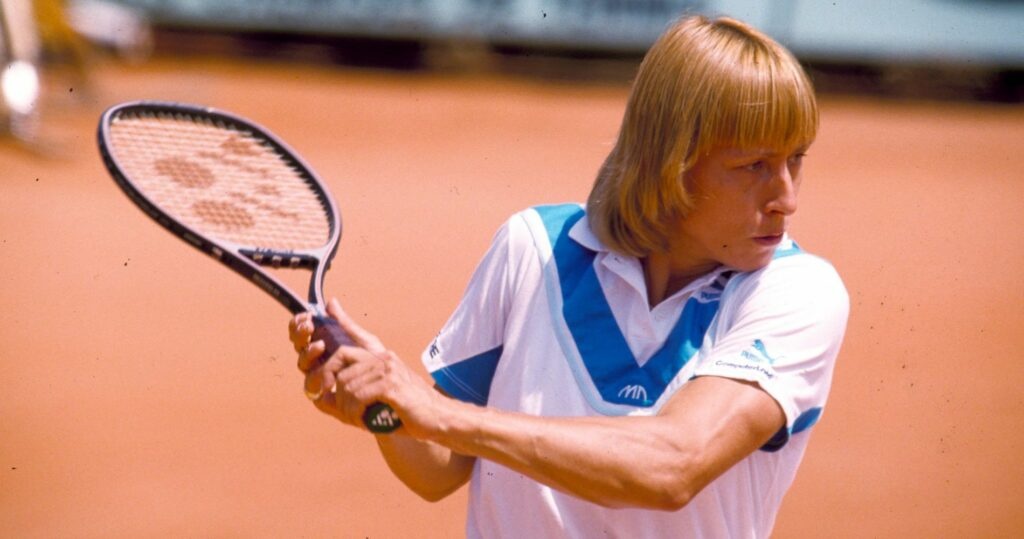 Further, she participates in a variety of charity events such as the AARP (American Association of Retired Persons), an association which focuses on enhancing the quality of life of people over 50 years of age. In addition, Martina also supports former tennis rival Chris Evert in her charitable endeavors. The Chris Evert charities work on issues such as child neglect and drug abuse.

Watch this story: Most horrendous incident in tennis when Monica Seles was stabbed in the middle of a match by a Steffi Graf fan

Mahima Verma is a Tennis writer for EssentiallySports. She holds a Bachelor's degree in Hotel Management from IHM Mumbai. A sports enthusiast, particularly Tennis since her childhood, Mahima believes that she is fortunate enough to witness the legends like Roger Federer, Rafael Nadal, and Serena Williams play.
ARTICLES BY AUTHOR