Caroline Wozniacki might have bid farewell to the sport professionally, but she is often seen practicing on the court. The former world no. 1 hit the court once again recently, but this time she was not alone. With her little family by her side, Wozniacki is busy taking up multiple roles both on and off the court. The Danish player rejoiced while hitting the court amidst the busy schedule of caring for two little baby girls and her other off-court activities.

But did her daughters learn something from their tennis star mother? Let us check it out.

Caroline Wozniacki hits the court with two of her little minions

The retired Danish player recently welcomed her second child into the family. So hitting the court often might not have been feasible for her. But now that she has finally found some time, she is elated to hold the racquet again, but that is not it.

Wozniacki took to her Instagram story to share her day on the court. In one picture, her youngest daughter was in her father’s lap with a racquet on top of her. She stated, “Family day at the tennis this morning.” In the second picture, where her eldest daughter Olivia was concentrated on holding the racquet and the ball, she wrote, “Olivia is ready to play.” 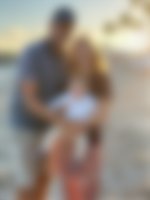 And finally, the moment arrived when Wozniacki herself hit the court, as the former world no. 1 hit some balls on the court.. She wrote, “I get to play a little too.”

The Danish player has retired and now focuses on her family, but that does not mean she doesn’t entertain her fans. With her friend Serena Williams, Wozniacki makes sure to keep her fans entertained through their funny and supportive interactions off the court.

Back in 2014, Wozniacki ran the New York City marathon in 3 hrs 24 minutes, and 33 seconds. And her dear friend Serena Williams had enthusiastically congratulated her.

But when a friend asked her if she would run the same run, Williams had a quirky reply ready. She stated, “My a** is too big.” Now, what would you say to that?

Williams and Wozniacki, with their quirky and hilarious replies, have given us a tennis friendship to root for. What is your favorite Wozniacki-Serena moment? Let us know in the comments.