Apart from tennis, Serena Williams has also stepped into the field of investing in unique businesses. Starting her venture capital firm ‘Serena Ventures’ in 2014, Serena today stands as a proud investor in more than 60 companies. On the verge of putting her tennis racquet down, the 23-time Grand Slam champion now wants to drive more of her focus towards investing.

Taking the first step, Serena Williams recently invested in a start-up co-founded by pop singer Selena Gomez. The startup, Wondermind, is an initiative taken up by Gomez along with her fellow co-founders to work on Mental Health.

Being valued at $100 million, Wondermind recently closed its first round of funding. Leading the round was tennis ace Serena Williams, who invested $5 million in the company. The investment by Serena comes as a cherry on top of her numerous initiatives concerning mental health. As per reports, the 23-time Grand Slam will closely work with the firm’s ongoing projects and will also be a part of their creative team. 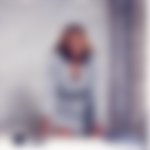 The firm, co-founded by Gomez, her mother Mandey Teefey, and Daniella Pierson, position Wondermind as the ‘world’s first mental fitness ecosystem with a mission to democratize and destigmatize mental health globally via daily editorial content, insightful entertainment, and tangible tools.’ The $100 million startup will give out daily routines to help its customers work on their mental fitness.

Apart from Serena, other major players who invested in the firm were Lightspeed Venture Partners and Sequoia Capital and Brent Saunders.

Ever since her debut in 1995, Serena Williams has been gracing the tennis court with her presence. However, at 40, Serena recently announced her retirement from tennis. Making the retirement announcement, she gave a slight hint about her inclining interest in investments.

Penning down her retirement note in VOGUE, she said, “In my own life, the balance has been slowly shifting toward Serena Ventures.”

While she is soaring heights in the investment world, that doesn’t seem to be the case on the tennis front. Playing her last set of tournaments, she recently suffered a second-round loss at the Rogers Cup. Hoping to avenge the loss, she will next take part in the Cincinnati Open. Winding up with Cincinnati, she will then move to her final destination on her two-decade-long journey on the WTA tour, the US Open.