Serena Williams and Venus Williams’s coach Rick Macci is counted on the list of most successful coaches of all time. Over the years, the seven-time USPTA national coach of the year has trained a number of players, five of which being World No. 1’s. The already well-known coach recently gained more popularity around the globe after the release of King Richard.

King Richard was a bio-drama on the life of Venus and Serena Williams’s father Richard Williams. However, going down cinema history, King Richard is not the only tennis-centric movie. Prior to this, a number of other movies have also been made focusing on tennis. Recently, while conversing in a podcast, coach Rick Macci opened up on who would he like to see a tennis movie next on.

Taking the question with utmost excitement, Macci took no time in naming one of his favorite students, former World No. 1, Jennifer Capriati. The 46-year-old was one of the most dominant players of her time. However, she was also one of the most controversial players of her time. Reaching the ultimate heights of success, Jennifer suddenly disappeared from the professional tour. However, even after being out of the tour for a long time, she again made a comeback, reaching the top once again.

Answering the question, Rick titled Capriati as the ‘Comeback Kid’. He said, “She disappears, goes off the tour, and ends up 180 in the world. But here’s the story. This is the comeback kid. This is the story that should be told. She comes all the way back. No one thought she could. Everybody threw her under the bus.”

Tennis is a highly demanding sport. The racketball sport demands high quality of on-court confidence and an even high level of physical fitness. However, with age, both of the factors seem to fade. However, one aspect that a player doesn’t usually lose is his playing technique.

Macci felt no different. Going further in the podcast, the coach claimed that by making a comeback, Capriati could get back the technique. He even asserted that he told Capriati’s father that she can come back.

He said, “You don’t have magic at 40. You lose confidence, you lose physical fitness, but you don’t lose the technique. You can get that back. Even all through this, with Stephano and her, I always told him, she can come back.”

The comeback phase of Jennifer Capriati

Jennifer Capriati had one of the strongest comebacks on the tour. Playing steadily, Capriati climbed the stairs of success like no other player. The American, who hadn’t won a single slam before, went on winning three grand slams after her return. She also climbed the ranking ladder, again ruling the rankings on the top spot. 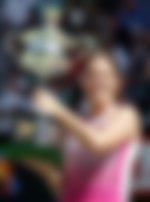 Recalling her comeback, Macci said, “Once she started winning, she got to 80, 50, 40. She came back all the way to number one. She won a gold medal in the summer Olympics, and won 3 grand slams.”

Going further, Macci opened up on the reason for Capriati disappearing. She reasoned the disappearance as media shyness.

“This is what people don’t understand. For a young girl, young lady, they are more sensitive with the media… So, for her to disappear like she did, and she was shy with the media.”

Watch This Story: Will Smith Shows How King Richard Cast Trained Like Serena and Venus Williams

He ended his take on whom he would like to see a tennis-centric movie next by saying, “Coming all the way back, that is Rocky Balboa. That is the comeback story.”

Jennifer Capriati had a gracious career altogether. Retiring in 2004, Capriati has 14 titles to her name, 3 of which are Grand Slam titles. She also held the top spot in the WTA rankings for a total of 17 weeks.