WEDDING BELLS! Daria Gavrilova and Luke Saville All Set to Tie the Knot

In some good news for Australian fans, two of their tennis stars are getting married tomorrow. Daria Gavrilova and Luke Saville, who got engaged in three years ago, will tie the knot on Saturday. The wedding news was confirmed by Daria’s friend and fellow tennis player, Storm Sanders.

Sanders posted a photo of Daria and Luke on her Instagram stories and wrote, “These two are getting married tomorrow!!”.

Tennis players Daria Gavrilova and Luke Saville are getting married

Daria Gavrilova and Luke Saville getting married Saturday! (Which is actually today in Australia) Can’t wait to see the wedding photos and videos! 😍❤️ pic.twitter.com/ZljW697ETi

Gavrilova and Saville have been dating since their junior days and after their engagement in 2018, Daria shared a brief story on how the proposal took place.

“He proposed on the beach, and he was like you would have been sussed about anything else, because if I was dressed up — we never dress up. If we were dressed up, you would be waiting there in the restaurant or something”.

Daria continued, “So we went down to the beach. And there were so many people, it was like, oh, God.And then I see the box, and he’s like, I’ve got a question to ask, and then he proposed. He didn’t get down on his knee, but he asked. He was like, can I not get down on my knee? I was like, fine. Sure”.

Ever since making her WTA debut in 2012, Gavrilova witnessed success on both singles and doubles front. She managed to win her first singles title at the 2017 Connecticut Open, where she defeated Dominika Cibulkova in the final.

Till the 2019 US Open, the Australian player continued to play consistently before injuries began disturbing her career. She had to skip the Australian Open last year due to an achilles tendon injury.

The same issue continued to haunt her in this year too as she decided to undergo surgery post losing to Ashleigh Barty in Melbourne. As a result, Daria couldn’t compete for the rest of the season but represented Australia at the Billie Jean King Cup last month. 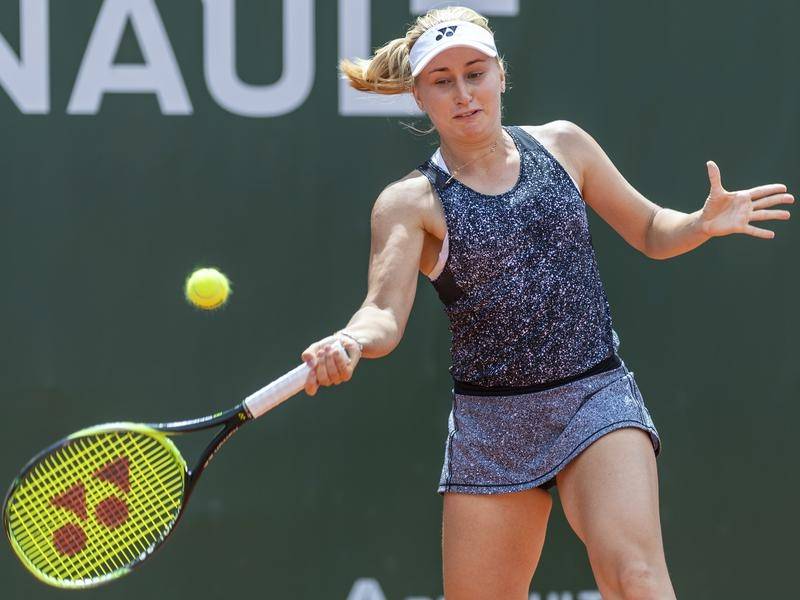 Currently, Daria Gavrilova is on the road to recovery and we might expect her to make a comeback in Australia next year.

Coming to Luke Saville, he has been busy touring the world throughout this season and playing mostly doubles alongside different partners like Alex de Minaur, John-Patrick Smith, and Jordan Thompson.