It’s time for the final of the WTA Abu Dhabi Open 2021 in which Aryna Sabalenka will face Veronika Kudermetova. The contest will be electrifying as both the players have had a great run in the tournament owing to which they’ve made it so far.

While Sabalenka defeated the in-form Maria Sakkari in the semi-finals, Kudermetova thrashed Marta Kostyuk to get to the championship match. Although Kudermetova battled past Kostyuk quite easily, it was the quarters match against Elina Svitolina which brought her to the limelight. The Russian not only managed a comeback but defeated Svitolina in the tie-breaker of the final set as well. 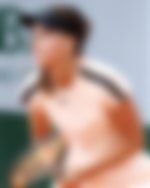 World No.10 Sabalenka is currently on a 14-match winning streak since she won the Linz Open 2020. In her first match against Polona Hercog, she made an incredible comeback in the very first set. The Belarusian player was down 2-5 in the first set but saved five match-points and won the set 7-6.

On the other hand, Kudermetova has also played some exciting tennis in Abu Dhabi so far. Her victory against the World No.5 Svitolina was something that shocked the tennis world. Despite losing the first set, the Russian player didn’t lose hope and was able to make a terrific comeback.

While Kudermetova has lost just two sets in the tournament so far, Sabalenka has lost just one, which was against Elena Rybakina in the quarters. Sabalenka is ruthless when it comes to her forehand and swings hard when she gets the ball in her zone. Her timing and placement complement her power, and the opponent usually doesn’t have an answer.

In order to give herself a chance, Kudermetova will definitely look to improve her block. When it comes to services, just like Sabalenka, she has got a great serve. The Russian will surely try to take that advantage of that and will want to win as many free points off of her service as possible.

This will be the second time the two players will play against each other. Currently, Sabalenka leads the head-to-head battle 1-0 from when she had steamrolled Kudermetova at Antalya in 2015. The final scoreline of that match was 6-3, 6-3.

Thus, Kudermetova will surely want to avenge that loss after almost five years and win the title.

Despite Kudermetova’s phenomenal form, Sabalenka will start as the favorite in the finals. Her splendid forehands, touchy drops, timed volleys, and powerful serves put her way ahead of Kudermetova. To add to it, even if she faces trouble, she now knows how to produce a comeback as well.

However, Kudermetova should not be considered the underdog. She has proved that she has the ability to handle pressure and make a comeback as well. In order to exert aggression, Sabalenka often makes some unforced errors, and the Russian will certainly try to exploit that.

Whoever wins, it will definitely be an intriguing final to watch. Will Sabalenka be able to win yet another title, or will Kudermetova break her winning streak and win the first title of the 2021 season?