The bitter rivalry between AEW and NXT continues as the Wednesday night Wars raged on. The two shows clashed yet again today as AEW Dynamite aired at the same time as NXT. It seems as if Tazz has made this clash personal, as he took a shot at WWE again.

Earlier today on AEW Dynamite, Tazz took a subtle shot at WWE Legend Triple H, who works in WWE now as the lead man in NXT. Many fans may not have noticed it, but Tazz did not veil it at all.

According to Wrestlelamia, the big man said this Sitting behind the commentary table:

”You know what his first name should be? TERRA. Nah that would never get over. That’d be the sh*ts.”

You’re probably wondering how this has anything to do with WWE. Well, that’s the thing. Degrading the name “Terra” was a shot at Triple H himself. 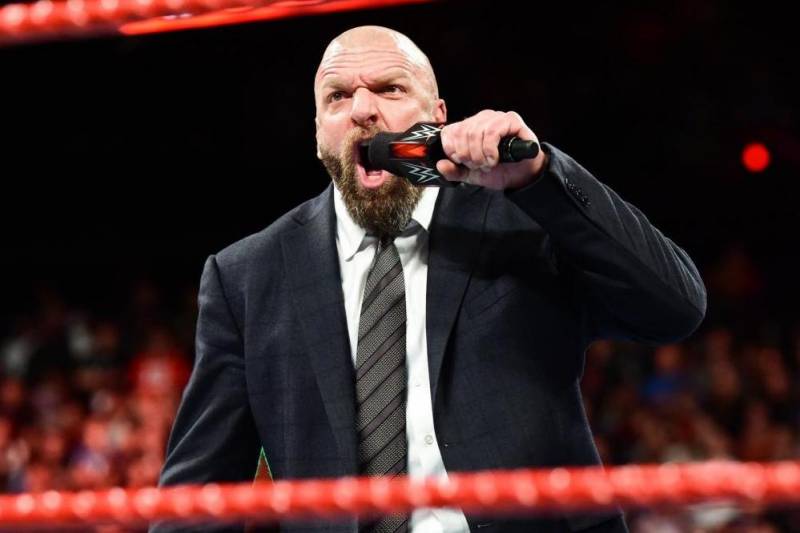 Back in his days as a young wrestler in WCW, Triple H went by the name Terra Ryzing. This was obviously supposed to mean “Terrorizing”, but the name never really took off. Mocking the name, Tazz is sure that he would never give that name to anyone. This is call out was not noticed by many, but backtrackers soon got the reference.

This is unsurprisingly not the first time Tazz has taken a shot at WWE. Months ago, he pushed aside WWE’s COVID-19 safety restrictions. Calling out the fact that the rivals had mounting cases at the time, Tazz told fans in a promo that AEW does not run a sloppy shop.

These words came back in sweet revenge as AEW had the same problem less than a month later. Only time will tell if these words come back too to haunt Tazz.

In retrospect, we bet every Triple H is happier with Hunter Herd Helmsley rather than Terra Ryzing. Then again, Triple H is the best, so maybe we ought to keep it that way.