Former WWE Superstar Lana had one of the most interesting stints in WWE. She was introduced to WWE as Rusev’s manager but later became an in ring performer as well.

After an eight-year run with WWE, The Ravishing Russian was released in June. During her tenure, she was a well-known figure. If her recent Instagram postings are any indication, she appears to be having a good time away from WWE, just like Miro.

Lana has updated her Instagram account with a slew of new tales. The former WWE Superstar now has black hair, as shown in her most recent Instagram Story.

Lana has updated her Instagram account with a slew of new stories. In these photos, she is sporting black hair and looks completely different from what we remember. 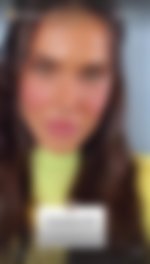 Could Lana be moving to All Elite Wrestling?

Lana had already starred in a number of films before joining WWE in 2013. While rehearsing a fight scene with her husband, Miro, she recently stated that she will be acting in an upcoming film called Trail Blazers.

Lana invited followers to predict what her next audition is for in her most recent Instagram Story. In our guess, her new hairstyle might also be for a new project.

She began her career as Miro’s (Rusev in WWE) manager before moving on to wrestle against WWE’s top women performers. During a love triangle storyline with Bobby Lashley, Lana preferred the latter over her husband and the duo garnered a lot of public attention.

The on-screen relationship received a lot of attention on social media, but there were some people who didn’t like how Miro was treated in the tale. Bobby later reported that he had received death threats from fans.

Lana and Lashley’s on-screen marriage was strained to the verge of divorce after Miro’s WWE exit. Many fans believe Lana will soon follow her husband in AEW since that she is no longer with WWE.

Aditya Pran Mahanta is a WWE and AEW author for EssentiallySports, who is currently pursuing his Bachelor of Arts degree from Amity University, Noida. Being a sports fanatic, he has played state-level badminton in his younger years but his love for WWE overtook all other passions. Being a decade-long wrestling fan, he relishes the older wrestlers and wishes that the newer generation had the same Edge.
ARTICLES BY AUTHOR