Lana has now been in the WWE for seven years. During this time, WWE used her across various storylines and rivalries to find a perfect role for her. The ‘Ravishing Russian’ signed with the WWE developmental program in 2013.

During that time, Lana was the manager of former WWE superstar and now her husband, Rusev. She carried a Russian accent and a sophisticated look, singing the praises of Russian President Vladimir Putin.

The Story was good as long as Rusev’s undefeated streak was intact. The loss against John Cena brought down the value of the storyline and relegated the duo to the lower cards.

WWE also tried an angle where Lana cheated on Rusev (on-screen) on two occasions with Dolph Ziggler and Bobby Lashley. However, those storylines also didn’t work out for long. 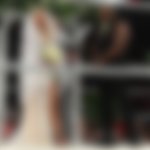 She also tried her hand at wrestling but didn’t achieve much success. Finally, Lana had a short period of relevance when she was with Rusev and Aiden English as part of the Rusev day gimmick.

In 2020, WWE released Rusev due to the COVID-19 budget cuts. However, Lana was still kept on the payroll.

Some of the possibilities for Lana in the WWE

Lana had a very bad breakup with Bobby Lashley a few months back on Monday Night Raw. Since then, Natalya has been with her, consoling and guiding her to revive her career and forget her past.

Lana and Natalya might win the tag team championships

The duo has always been together inside and outside of the ring. The first future possibility for the two could be becoming the tag team champions.

I am training hard with the #BOAT @NatbyNature !!!! We are grabbing the brass ring and will make our childhood dreams come true and become tag team champions in the @WWE ! pic.twitter.com/997PRjYXiv

The current tag team champions are Shayna Baszler and Nia Jax. Even though they are a team, they do not like each other and have a dysfunctional relationship. Lana and Natalya can take advantage of this and win some tag team gold.

Lana can help Natalya to win a singles championship

Lana may not be a good in-ring performer, but one cannot doubt her skills on the microphone and as a manager. She managed Rusev to a United States Championship win and an undefeated streak. 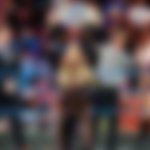 This can be a huge possibility for Lana, going ahead. Two weeks back, we saw Natalya and Lana interrupt Mickie James when she asked Asuka for a title shot. It won’t be surprising if Natalya wins the Raw Women’s Championship with Lana having a huge role to play in her triumph.

Several reports have claimed that Lana has fallen out of favor in the WWE. This news came out especially after rumors of Lana being responsible for WWE cutting down on third-party contracts.

Who loves dancing say 👋 ! I love dancing and @BangEnergy alwajs gives me the energy to just DANCE ! #BangEnergy #EnergyDrink Follow the inventor of Bang: @BangEnergy.CEO

In her latest Instagram video, she could be seen endorsing Bang energy drink. This ad led to speculations about Lana having backstage heat. However, she denied all these rumors. In fact, Rusev bashed wrestling analyst Dave Meltzer for spreading fake news.

I am not the straw that broke the camel’s back. You know who you are and that is false ……. but thank you for writing about me…. all of you. I am your escape goat

What do you feel about the future of Lana? What kind of storyline or gimmick would you like to see the ‘ravishing one’ in? Let us know in the comments below.