WWE and AEW had yet another crossover, but not in the way fans would expect. Thanks to TikTok, WWE and AEW superstars, Naomi and Sonny Kiss, have collaborated on a video.

In a recent Instagram post, Naomi shared a TikTok video dueting with AEW’s Sonny Kiss. In the 10 second long brief video, both of them were dancing to the beats of the popular band Pussycat Dolls’ single “Buttons.”

Sonny shared the video first as she wrote, “I know, I know, I’m super, super late to the party. I’m actually enjoying #tiktok and plan and do a lot of them.” Check the video below –

Various superstars including Lana, Mia Yim, Shelton Benjamin, and Mickie James praised both superstars. See some of their reactions below – 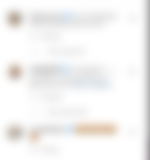 This is a new thing, as WWE never publicly acknowledges its ‘competitors.’ However, this was not the first time, as, in this week itself, Hall of Famer Mick Foley reacted to AEW superstar, Dr. Britt Baker’s defamatory claims on Twitter.

Update on Naomi and Sonny Kiss in their respective companies

In September 2020, Naomi underwent surgery and recovered from an injury. She came back at Royal Rumble 2021 but was eliminated by Women’s Tag Team champions Shayna Baszler and Nia Jax.

Since then, she teamed up with Lana to fight the champs. They even got a title shot but failed to win them. Lana and Naomi have been a tag team ever since.

Sonny, on the other hand, is a representative of the LGBTQ+ community in AEW and is a stellar performer. She has had a match with Serpentico and has teamed up with Joey Janela on multiple occasions.

Sonny revealed in a Q&A session (h/t Fightful) that she wants, “A nice storyline would be great for us, that’s what I’m looking forward to, more so than a championship match or getting the titles.”

“The official team name for us was Joey & Sonny, or Sonny & Joey, whatever. They just never used it as the actual team. The idea, when we did the vignette, was supposed to be based on a sitcom.”

Hopefully, we will see more of both WWE and AEW superstars on TV. Let us know your thoughts in the comments below.