If there’s a man in the pro-wrestling business who speaks his mind unabashedly, it’s got to be Jim Cornette. The veteran took shots at AEW for promoting a fight between Nick Gage and Chris Jericho.

This week’s episode of AEW Dynamite: Fyter Fest (Night II) was surprising, to say the least. The show featured some brilliant matches and unexpected debuts.

The one thing that no one in the capacity crowd expected was the debut of legendary deathmatch wrestler, Nick Gage.

Watch this story: Superstars Who Took The Longest To Cash In The Money In The Bank Contract

Jim Cornette is not pleased with this signing

Veteran wrestling promoter, Jim Cornette took to Twitter to show his displeasure on AEW‘s recent signing of the legendary Nick Gage, he said that a “convicted felon” should not be in a wrestling ring.

“To once and for all put an end to criminals and felons jumping into their ring on live TV, @AEW has arrived at a solution: BOOK a criminal and convicted felon to actually come to the ring and attempt to have a match! Genius!” Jim wrote.

To once and for all put an end to criminals and felons jumping into their ring on live TV, @AEW has arrived at a solution: BOOK a criminal and convicted felon to actually come to the ring and attempt to have a match! Genius!

The reason Jim is disgusted with this signing is because of Nick’s past behavior which landed him in prison multiple times. The police arrested Gage in 2005 for possession of stolen property.

In the year 2010, Gage surrendered to police and accepted that he was involved in a bank robbery in New Jersey. Eventually, the authorities sentenced him to five years in prison. 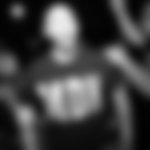 The shocking debut of Nick Gage at AEW Dynamite

Chris Jericho was facing his first punishment in the face of ‘The Chairman’ Shawn Spears on this week’s show.

After successfully completing the first of his ‘Five Labors of Jericho’ MJF announced his next opponent and it was none other than the hardcore legend Nick Gage himself.

This came as a total surprise to everyone across the wrestling community as no one was expecting this to happen. After the show concluded, Gage thanked all his fans via social media.

Thanks everybody i got nothing new to say that i havent already told you. I do this shit for my fans its real i mean it i got no family your all i got left in this world and only reason im still here.its GCW and MDK all fuckin day this ones for the gang i love you guys lets fn go pic.twitter.com/2Uqd6mHkoV

We have to wait until next week to see how this match turns out between two legends.