In a recent interview with, WWE Hall of Famer and former World Champion, Mark Henry had some kind words about the AEW superstar Jade Cargill.

Jade has been a tremendous addition to the talented AEW roster and has collected loads of praises for e in-ring abilities and work ethic she put in pro-wrestling.

She has impressed many people associated with wrestling, and most of them think that one day she will be one of the best divas on the planet.

Watch this story: Scariest Falls in the History of WWE Money in the Bank

Mark Henry talks about the star power of Jade Cargill

Sitting with Battleground Podcast, Mark Henry claimed that Jade Cargill will be headlining the pro-wrestling business just like Kenny Omega in three years.

“Jade is going to be a superstar, I’ve told her recently, I said, ‘You’re me. You are a star, you are a celebrity. Without a doubt, she will do all of it, but she’s going to have to get to the point where she can wake up at 4 in the morning and if somebody grabs her in a headlock, she’ll know exactly what to do.”

“In this industry, there is a lot to learn and if you want to learn it at a good clip but you don’t want to learn so fast that you get injured and that’s kind of the thing.”

These words are not surprising, given Jade’s recent performance and star power in AEW, she has been undefeated in AEW so far. The powerlifter added that she is a “must-see TV” superstar who will set an example for the women’s division worldwide.

Will we see Mark Henry make his in-ring return in AEW?

In the same interview, Henry guaranteed that people will see his in-ring return under the roof of AEW. 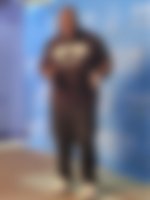 Henry had been working a lot on his fitness and have been in talks about making his return before he jumped ship to AEW, now with a roster with such versatility fans are waiting for the former champion to get back in action.

Henry made his AEW debut at Double or Nothing PPV in May, where he was announced as an analyst for the promotion’s upcoming show, Rampage.