AEW recently hosted their ‘Blood and Guts’ pay-per-view event on May 5, 2021. The event was not a total bust but not a total success either. AEW fans and fans of other wrestling franchises like WWE had a lot to say about the event. PWInsider answered the fan’s questions about what went wrong.

WWE had a bad reaction to AEW Blood and Guts

After the ‘Blood and Guts’ event, the fans had a lot of questions lingering inside their minds. They quickly took to the internet and asked PWInsider about the same. One fan asked if they heard about how people in WWE felt about Blood And Guts. PWInsider replied,

“I have heard from people in management and they hated it. One person told me, and I quote, “That just set the business back 30 years”. Did it? I don’t know but I was told that the people in charge weren’t happy.”

Insider also stated that they talked to other wrestlers about the event as well. The wrestlers said that they loved the event because they would also love to do something like that themselves.

One fan expressed their disappointment by stating that there were too many commercials during Blood and Guts. This really hurt the match for the fan.

The fan asked why AEW couldn’t do the commercial-free thing that WWE’s NXT does. To this, PWInsider replied,

“I wondered the same thing.  I assume it was a TNT call.”

Insider agrees with the fan. They too think that there were way too many breaks in the match, and it hurt the flow a lot.

No More Standards or Practices?

Another fan remembered the time when Vince Russo booked WCW and his complaint about Standard and Practices not letting him do things he wanted to do.

After watching Blood And Guts, the fan asked if it was fair to say that TNT doesn’t have any Standards or Practices anymore.

“If they still have them they have definitely become a hell of a lot more lax!  Between the cursing and the violence, it doesn’t seem like there is much that is off limits on TNT.” replied PWInsider.

One fan expressed their nostalgia by stating that they loved AEW putting a roof on the cage. This made it feel like old-school War Games. The fan asked what the point was if Jericho and MJF got out of the cage. Insider agreed and stated,

“I agree, I think that is where the match really went off the rails. They got out because AEW wanted to do the big spot at the end.” 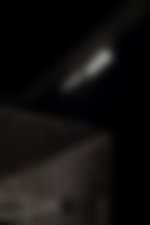 CM Punk Back In WWE?

One fan asked a very controversial question. The fan asked, “CM Punk recently said something along the lines of “WWE is making rotten television, if I return there, I’m just a guy.” Let’s say he returns. Let’s say he’s working on Smackdown against Roman Reigns with Paul Heyman, who you know will have his fingerprints on this program between those two at least. I know right now you like SmackDown better than Raw, but with Punk vs Roman on top, with Paul Heyman having to do with it, would that make Smackdown several steps above “rotten television,” and CM Punk several steps above “just another guy,” in your eyes?”

PWInsider had an interesting take on the matter and gave a metaphor to answer the question. They said,

“If my aunt had testicles she would be my uncle!  That’s a lot of ifs and yes, given Reigns has a lot of say in what he does it could happen, but from Punk’s position and all he has been through there, I don’t blame him one bit for not trusting the WWE direction.”

Given Punk‘s collision with WWE officials, we cannot blame him for taking digs at WWE from time to time. In our opinion, Punk will not be returning to WWE in the foreseeable future.

What are your thoughts on the event? Comment down below and let us know!