Let the curtains roll down on October 21st this year! Dwayne Johnson, aka The Rock, is set to change the hierarchy of power in the DC Universe. The wrestler-turned-actor expanded his horizon into the comic verse in the upcoming DC’s Black Adam movie.

Recently, Dwayne Johnson and DC dropped the most-awaited and highly anticipated trailer of Black Adam. Fans have been waiting for the exclusive first trailer of The Rock in the mystic wizard, Black Adam’s gear.

It’s not even a question that the internet was blown off by watching the trailer of DC’s Black Adam. Thanks to The Rock for hyping the debut of the mystic wizard in the DC Extended Universe!

Fan reactions to Dwayne Johnson in the Black Adam gear!

Well, the former WWE World Champion, The Rock, was more than happy to bring the most challenging role to life. Dwayne Johnson worked hard and prepared himself to carry Black Adam’s role on his back. Did Dwayne Johnson live up to fans’ expectations for being the strongest meta-human on Earth? Yes, he did!

Yesterday, the WWE superstar shared the insane reactions to the Black Adam trailer of fans worldwide. According to Dwayne Johnson’s caption on Instagram, the trailer debut scored a staggering 98% positive review from fans.

“A very strong indicator we’re on the right path to ushering in a new BLACK ADAM ANTIHERO ERA,” The Rock wrote in his caption.

WATCH THIS STORY: From Vince McMahon to Hulk Hogan: Oldest Wrestlers to Hold the WWE Championship

It’s very notable that ‘The People’s Champ’ took up the challenge of playing a supervillain. However, he not only put on the costume of Black Adam, but also immersed himself in the character to become the ultimate anti-hero.

The Rock to play the strongest meta human on Earth

According to the mythology and DC comics, Black Adam holds a prominent place with his powers. There is no better man on this planet to play Black Adam if it wasn’t for Dwayne Johnson.

Even during the filming of Black Adam, The Rock did not sit on the throne of Black Adam until the actual scene was shot. However, the WWE superstar has vouched to change the paradigm and give fans a lifetime experience with the brand new DC’s supervillain. 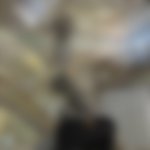 Johnson added, “At the same time build out the DC UNIVERSE with the introduction of the long awaited JUSTICE SOCIETY OF AMERICA. I was born to play Black Adam and it’s an honor to (finally) introduce him to the world.”

Like the Black Adam, Dwayne Johnson is ruthless, unstoppable, and lives by a code to protect his family and people. Definitely, The Rock was born to play the Black Adam, and the new era of superheroes will begin with him.