The death of Hollywood legend, Ray Liotta, gutted the entire world. Unfortunately, a good guy who played a lot of bad guys in the film industry has tragically passed away. Ray Liotta was best known for portraying gangster Henry Hill in the legendary Martin Scorsese film, Goodfellas.

Sadly, Ray Liotta passed away at 67 after a career spanned for decades as an award-winning actor. In addition, many television stars and other celebrities expressed their condolences for the Goodfellas actor.

Among many other big shots in Hollywood, a WWE Hall of Famer came forward to share his compassion for the late Ray Liotta.

WWE Hall of Famer The Iron Sheik paid his respect toward Ray Liotta!

This might come as a surprise to many wrestling fans, but WWE legend, The Iron Sheik, manifested his sadness on the death of Liotta. It is because we infamously know The Iron Sheik for being the trash talker on Twitter.

RAY LIOTTA MY HEART BREAK BUBBA. YOU ARE THE LEGEND OF THE EARTH FOREVER pic.twitter.com/idKJav1Mf3

However, the WWE Hall of Famer The Iron Sheik had an emotional meltdown when he learned about the death of the Hollywood actor.

“RAY LIOTTA MY HEART BREAK BUBBA. YOU ARE THE LEGEND OF THE EARTH FOREVER,” The Iron Sheik tweeted.

The WWE Universe is shocked to watch the Iranian professional wrestler dialing down his words to sympathize with the tragic loss of the actor.

Instead, WWE Hall of Famer mentioned he was heartbroken but blessed Ray Liotta for being the ultimate legend on planet earth. Even though The Iron Sheik has love lost for Hulk Hogan’s incident from 1984, this man doesn’t have a heart of a stone.

The Goodfellas actor received deep solicitude from Hollywood as well

According to the TMZ exclusive reports, the Goodfellas actor was shooting for a film. This film is called Dangerous Waters in the Dominican Republic. During the making of the movie Dangerous Waters, Liotta was accompanied by his fiancé, Jacy Nittolo. 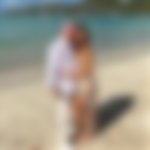 Their report suggests that Liotta died in his sleep. In addition, there was nothing suspicious about the death as no foul play was suspected.

The famous American singer-actor Jennifer Lopez also expressed her pain for the 67-year-old veteran actor. Lopez and Liotta paired up in the NBC cop drama Shades of Blue series.

“Ray was the epitome of a tough guy who was all mushy on the inside,” Jennifer Lopez tweeted.

Even the actress Lorraine Bracco, who played Liotta’s wife in the legendary Goodfellas film, also paid tribute to him. “I am utterly shattered to hear this terrible news about my Ray,” Bracco wrote.

An entire generation grew up understanding Ray Liotta as GTA: Vice City’s lead Tommy Vercetti. The tragic loss of an A-lister actor has caused pain to many people. For once, it was a glad moment to see the WWE legend sympathizing with the esteemed Ray Liotta.