‘The Icon’ Sting shocked the wrestling world at AEW Revolution. Tonight’s AEW Revolution featured the professional wrestling legend diving off a balcony through the tables. The 62-year-old plays an essential role in Tony Khan’s company and is the mentor of Darby Allin.

However, his insane jump off from a great height was a callback from his time in the WCW in his early wrestling days. In addition, wrestling fans have gone crazy with what Sting pulled at AEW Revolution tonight.

What did we just witness from #TheIcon @Sting ?! 😱 #AEWRevolution is LIVE on PPV! pic.twitter.com/zTeRjBS03I

The young wrestlers in this match were sidelined when Sting delivered a splash over Andrade from the top of a balcony. However, considering Sting’s age, it appears that he took more on his body than needed.

After the Revolution PPV, All Elite Wrestling hosted a post-interview show for the media. The 62-year-old Sting expressed his views on his latest match.

The former WCW Champion was asked about his physique and recovery routine after the AEW Revolution performance. “I have to train and do everything completely different than I did. And it takes me a lot longer to recover after these matches,” Sting said.

Sting says it does take him longer to recover after these matches. #AEWRevolution

What we saw at tonight’s Revolution PPV was unbelievable. Sting has been a part of the wrestling industry for over 30 years.

Young wrestlers usually look forward to jumping off a balcony and performing a splash in the ring. However, given his age, Sting surprised the fans by pulling off such an incredible stunt.

The Stinger would love to do unique matches

Sting continued to praise his opponent Matt Hardy from tonight’s match. He was really honored to be in the ring with Broken Matt. The Stinger believes Matt Hardy has done an extremely outstanding job mentoring young talent such as Isiah Kassidy.

The former WCW World Champion also stated that he is looking forward to putting on a show for the audience again, if possible.

Sting said, “That would be pretty awesome for me. I love to do something different than just standard wrestling matches. So I tend to like these types of matches.” 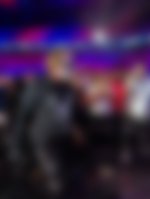 The wrestling veteran will take some time to recover from his Revolution PPV match. Although during the post-show interview, he did not mention a specific duration for his recovery. Sting taking a break from the AEW programming would be a great thing.

However, this would put Darby Allin to disadvantage when his mentor, Sting, would not accompany him to the ring. Nevertheless, we wish the legend a smooth recovery and hope to see him back in the ring soon.