Roman Reigns shocked the WWE fans by revealing Paul Heyman as his manager. Last year, Roman Reigns made his return after a break at SummerSlam 2020.

Reigns destroyed The Feind and Braun Strowman after their match. Later, Reigns revealed his alliance with Paul Heyman and started his reign as the ‘Head of the Table’, conquering the Universal Title at Payback 2020. It was hard for the WWE fans to digest the fact that Reigns had joined hands with Paul Heyman.

This alliance was unexpected due to the bitter past between Reigns and Heyman. Previously, Heyman advocated for Brock Lesnar till WrestleMania 36.

Since then, Heyman had backed Reigns with his Universal Title. They both continue to be the wicked characters on the SmackDown roster along with the Uso Brothers.

Heyman had accompanied Reigns for over a year now. Both had shown their dominance on the SmackDown roster. The two of them have eventually got a good experience working together.

During a discussion, Heyman stated his experience of working with Reigns as a career highlight. He stated, “A career highlight. A life highlight. A life-affirming position every single day of my life, because I view every day as simply an audition to be brought back the next day as Special Counsel to The Tribal Chief. He accepts nothing but a hundred percent.

Roman Reigns is quite clear about his work ethic and invests his time to know his work. It’s been a long time for Heyman with Reigns for over a year as his manager. 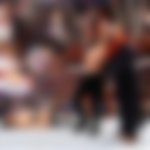 The Universal Champion has now held his title for more than 400 days. The Title defense for Reigns was a crucial task but he ended retaining his championship. His WrestleMania match against Daniel Bryan and Edge was insane pinning Edge for retaining his Title.

There’s still a long way ahead for Roman Reigns and Paul Heyman. Let’s see how Reigns defends his title. Who will defeat Roman Reigns? Tell us your opinions in the comments.