The SummerSlam PPV has been around for 32 long years in professional wrestling history. Vince McMahon had a vision years ago to add to the already establishing a Pay-Per-View in the summer, calling it SummerSlam. However, WWE legend John Cena has a unique record for himself at SummerSlam.

Cena holds a special record at SummerSlam himself, the 16 times World champion has a streak of 14 SummerSlam appearances. Which is the most than any other wrestler; however, 2018 marked the first time since 2003 in which Cena was not a part of the card.

Being one of the top guys in the industry, the fans expect Cena to have a decent SummerSlam win/loss record but that is not the case. In fact, John Cena is not even in the top 10 best performers for the SummerSlam PPV.

Cena currently holds a record of 5-9 at the PPV; which shows his 5 wins and 9 losses. Cena has been on the SummerSlam marquee an impressive six times since his first match in 2004 at the PPV.

Notably, nine of his 14 SummerSlam matches have been for the WWE Championship which is a remarkable feat for the ‘Leader of the Cenation’.

The legacy of John Cena at WWE SummerSlam

Although being a part of the WWE roster in 2003, WWE did not give Cena the opportunity to be a part of the PPV that year. He would wrestle against Booker T the next year at SummerSlam. 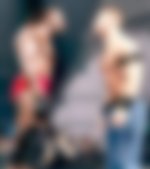 Cena won his first SummerSlam match this year which featured the first of the Best of Five matches against Booker T for the WWE United States Championship.

By the time 2005 came, WWE pushed Cena to the moon as he became the WWE Champion.

Cena faced Chris Jericho and put his title on the line at the PPV; eventually, he defended it successfully.

His first loss at the PPV came at the hands of the Rated-R Superstar, Edge in 2006 who was the WWE Champion; Edge retained his title giving Cena his first loss at SummerSlam.

According to Dave Meltzer of Wrestling Observer Newsletter, Cena has five matches which are rated with 4 or more stars:

The most notable thing in these matches is: Cena had more than 4 stars ratings for four years straight; however, through the years 2013-2016 Cena lost to his opponents.

Cena’s losing streak began in 2011 PPV; the match was for the Undisputed WWE Championship with Triple H as special guest referee which had a dramatic ending.

The losing streak ended in 2017 when he defeated Baron Corbin, which marked John Cena’s 14th appearance for the PPV; hence, making him the wrestler with most SummerSlam appearances.

This year against Roman Reigns, Cena can make history and make himself immortal in the history of the professional wrestling books by becoming 17 times World champion.