The Undertaker is a living legend. His legacy can never be matched. Every superstar looks up to him even today. Back in the late 90s and early 2000s, many considered The Undertaker as the locker room leader. One former WWE superstar who certainly thinks so is JBL.

JBL shared the ring with ‘The Phenom’ on many occasions. He even suffered some brutal attacks from The Undertaker during their match. But JBL has nothing but respect for the WWE legend. Not only JBL, we even heard Kurt Angle and many WWE legends praise The Undertaker and how he used to lead from the front.

In an interview with Two Man Power Trip of Wrestling Podcast, JBL discussed The Undertaker being a locker room leader. He said, “There are some guys that just have that Cool Hand Luke, about them, and everywhere he’s been, he’s the guy that people will see the authority too because he’s that type of, you know, he doesn’t abuse it.” (h/t: WrestlingInc)

Kurt Angle talked about facing The Undertaker inside the squared circle

During the SummerSlam 2000 episode of The Kurt Angle Show, Kurt Angle revealed how The Undertaker would call the whole thing from the comeback to the finish. All you needed to do is to trust him and Kurt admitted he did exactly that. He revealed The Undertaker always had the same equation in every match, and interestingly, it worked for him.

The Olympic Gold medalist faced ‘The Phenom’ for the first time back in 2000. Though Angle lost in 8 minutes on that day, he considered that match to be an ‘elevation match’ for him. At that time, Angle was an upcoming talent. And that was the first time when he got to wrestle a main event wrestler in a pay-per-view. 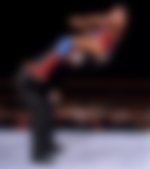 Later that year, Kurt main evented SummerSlam. But he was totally unaware of it previously. He did not know that the WWE chairman, Vince McMahon, had massive plans coming up for him. It is no doubt that Kurt Angle proved himself in that match.