Zelina Vega is finally proving her worth in WWE. The WWE superstar recently won the inaugural Queen’s Crown tournament. This will surely serve as a stepping stone for Zelina to claim the top spot in the WWE women’s division.

Though Zelina had little support from the fans during a dire time in her WWE career, one person who stood by her side is her husband, Malakai Black (previously known as Aleister Black in WWE).

Malakai Black and Zelina Vega have been married since 2018. The pair spent a lot of time together working for WWE. Though Malakai Black is working for the rival company of WWE right now, their relationship seems as strong as ever.

Recently, Zelina Vega posted an Instagram story with a picture of Zelina kissing Malakai Black. The story also has a caption, “I love this man so much.” 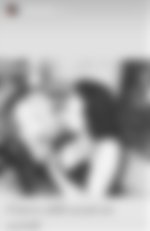 Well, the story is a perfect reflection of their relationship. After seeing this story, one can certainly say that love is in the air and the smiling faces of Vega and Black are proof of it.

Even though Zelina was drafted to the blue brand of WWE during the 2020 WWE draft, WWE released Vega from her contract the following month.

However, we saw Zelina return to WWE in July 2021. A few months back, Zelina’s husband, Malakai Black, talked about her return to WWE on Chris Jericho’s Talk Is Jericho podcast. Black revealed Vega wanted to re-sign with WWE because she wanted to spend more time with Black. But unfortunately, Black got released before Zelina returned to the company.

Black said (h/t: Sportskeeda), “Johnny Ace calls me, and even he was confused. I remember thinking in my head, ‘here we go.’ Because why would he call me on a Thursday morning? So, that conversation happened. I was shocked. And my wife started crying because she knew.”

“My wife with tears in her eyes, and I feel so bad for her because she was about to come back, and one of the main reasons why she wanted to come back is because I was there,” Malakai Black added.

Black claimed his presence was more or less the driving force, other than the promises that WWE made her. Zelina Vega is now perhaps going through the best phase in her WWE career after winning the inaugural Queen’s Crown tournament. Let’s see what WWE has planned for Vega in the future.