Wrestling Legend Bobby Eaton passed away at the age of 62. His sister Debbie Eaton Lewis confirmed the news on Facebook. As of now, the cause of his death remains unknown.

Bobby Eaton was in the hospital in July when he broke several fingers and sustained damaged to his hips after suffering a bad fall. His passing could be related to this, but there is no confirmation about the same.

Several individuals have taken to social media to express their grief. Even though he wasn’t actively working, ‘Beautiful’ Eaton was an extremely important wrestler who paved the way for tag teams in more ways than one. 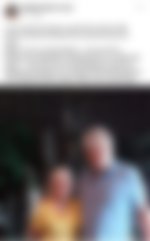 Bobby Eaton was popular for his work with tag teams

A famous tag team that Eaton was a part of was The Midnight Express. The tag team was formed in 1983 and the members were Norvelle Austin, Randy Rose, and Dennis Condrey.

Bill Dundee's daughter confessed she was dating one of the other wrestlers. He starts yelling/screaming that he'll kill the guy & asks who is is.

"Well," Bill responds, "You picked the right one."

RIP Bobby Eaton. A friend, and an absolute master of the craft of professional wrestling. A man whom I hope will get the recognition that he undeniably deserves. It was my pleasure to know, watch and learn from you. Our industry is a better place because of you. Godspeed sir. 😔 pic.twitter.com/6VdcgBDcdt

RIP to one half of the midnight express and one of to he greatest workers of all time “Beautiful” Bobby Eaton, condolences to his friends and family pic.twitter.com/0eEFVCN7yk

Everyone at BT Sport sends their thoughts to the family and friends of 'Beautiful' Bobby Eaton.

A tag team specialist, his work as one half of The Midnight Express will go down as some of the greatest ever. It set the blueprint.

So sad this morning to hear of the passing of Beautiful Bobby Eaton. He was a wonderful person and I am so lucky I had a chance to know him and work with him. He was certainly one of the good guys I have met in this business. #RIPBobbyEaton pic.twitter.com/YUQTEhuT72

Very saddened to hear the news that Beautiful Bobby Eaton has passed from this life. Anyone that knew him or had the honor to work with him knows what a 1st class human being he is. When I first entered wrestling he was instrumental in helping me. We lost a great one. pic.twitter.com/6BMIN4NalD

Watch this story: Former WWE Superstars Who Are Thriving in AEW.

The duo secured their first gold against Magnum T.A. and Mr. Wrestling II. They won after Mr. Wrestling II turned on Magnum T.A. After their win, they didn’t have time to savor the moment because they were locked in the legendary feud against the Rock & Roll Express, Robert Gibson & Ricky Morton.

This feud, along with the way The Midnight Express worked, fetched a lot of attention from the wrestling industry. The duo worked a number of feuds and made a name for themselves in the industry.

Bobby Eaton did not have many singles run. Even the ones he had were rather brief. However, he secured the WCW Television Championship in 1991 from Arn Anderson.

Undoubtedly, the wrestling industry will miss the pro-wrestling legend.

The EssentiallySports team prays his soul Rests in Peace and sends condolences to his family and friends.