AJ Lee has been out of the ring for 5 years now, and her wholesome presence is missed a lot in the WWE Universe. Lee still occasionally pops up now and then, and this time she had a joust with Naomi.

In a recent post on Twitter, WWE Superstar Naomi called out AJ Lee for a match. This was in connection to a fiery promo AJ delivered 7 years ago, trolling each and every famous figure of the Women’s division then.

AJ herself came across the video on Twitter and suggested that her writing was better now but packed the same punch.

Replying to this tweet, Naomi expressed her desire to fight the former Divas Champion again. After the verbal roast, Naomi still wants to get back at AJ.

Sis I still wanna fight after that😂🥴💀… miss you tons😘 pic.twitter.com/oGFoOcLQBm

Replying to Naomi, AJ jokingly accepted the challenge but named her own weird stipulations!

AJ Lee was not part of the rebuilding process

It’s certainly been long since we’ve seen AJ in the ring. Her own charm and expertise made her one of the most powerful figures in the division at that time. What changed?

Hahaha miss you too! NXT Season 3 rematch? Picture it: “You Make The Rain Fall” is both of our entrance music. 2 out of 3 Falls but the first two falls are a Limbo contest and a Dancing With Tony Chimel contest. We share a broom closet/dressing room and cry in catering.

There’s been a lot of speculation that AJ Lee was not included in Stephanie McMahon’s plans to rebuild the Women’s division. This is what led to her leaving WWE.

In real life, AJ Lee is just like her WWE character and loves playing video games. She is also the wife of former WWE Champion CM Punk. 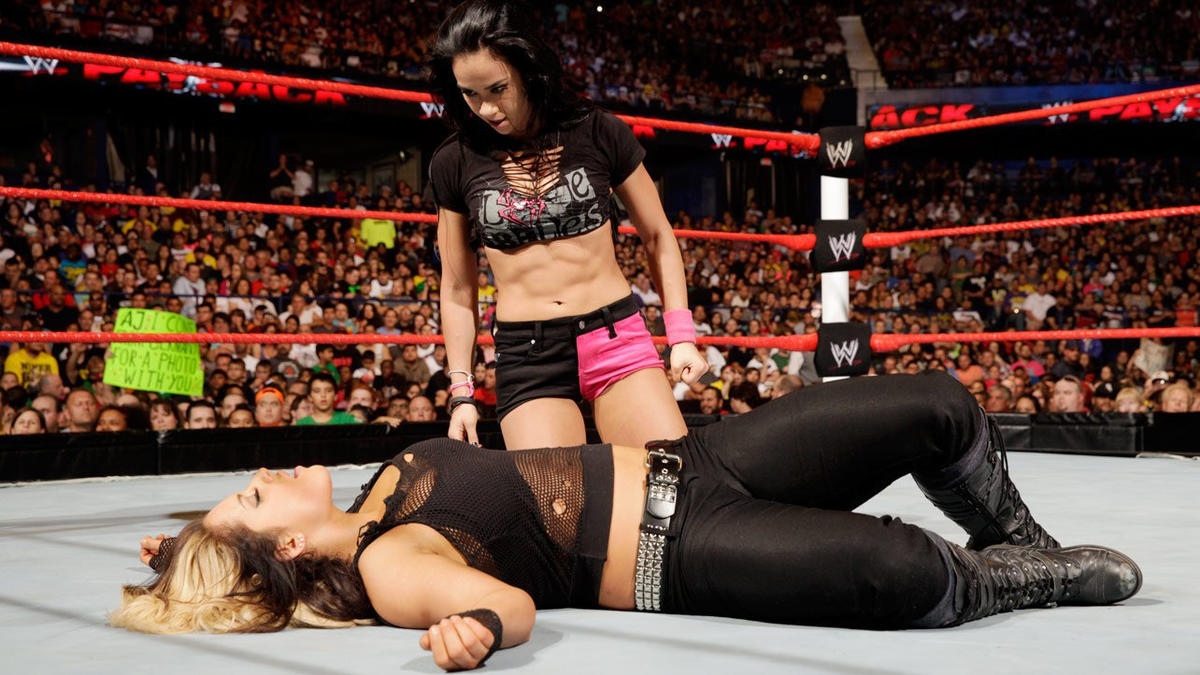 Over the years, there have been a lot of requests from fans to bring back AJ Lee. Her dominance of the women’s division could do very well in the atmosphere today.

Her return to the ring is complicated but not impossible. The former Women’s Champion can make a surprise return at any given time, but for now, she engages in Twitter pokes such as this one. Will AJ Lee finally come back home to take back the title that is rightfully hers? We do not know yet, but WWE is no stranger to surprising content.