WWE Confirms the End of Major Faction on Raw

Angel Garza and Andrade seem to be dire straits and done. The long time tag team partners are heading towards a major split in WWE. The peacemaker/instigator in the middle is Zelina Vega.

In the latest episode of Monday Night Raw, the rift drive the two further apart. We may see a huge split soon.

Angel Garza was busy sharing a light-hearted moment with Lana and was getting close. To his bad luck, Andrade and Zelina interrupted. Annoyed Garza asked what they wanted.

Zelina Vega tried to explain to him that he needed to make amends with Andrade. She added the fact that he was the reason there was. Fight in the first place but Garza turned a deaf ear.

Angel Garza is apparently sick of being the weakling that is blamed for every loss. He seems to want to go his own way.

I didn’t came to the world to please anybody, I came to be happy and enjoy it!! The car of happiness it’s big enough, whoever wants to get in IS WELCOME! 😈😇 pic.twitter.com/SgXVLMw13R

Garza and Andrade were a great team two weeks ago. The two worked very effectively together to strategically defeat their opponents. After the words of wisdom from Randy Orton, the two really upped the ante and took out formidable opponents like The Viking Raiders and Ricochet & Cedric Alexander.

However, during their Tag Team Championship match against the Street Profits, the unthinkable happened. Retribution invaded the fight and began surrounding the ring.

Angel Garza ran away instead of helping Andrade

Instead of standing and defending his partner like the Street Profits, Angel Garza was long gone. Running away from the ring, he escaped from the hands of Retribution. 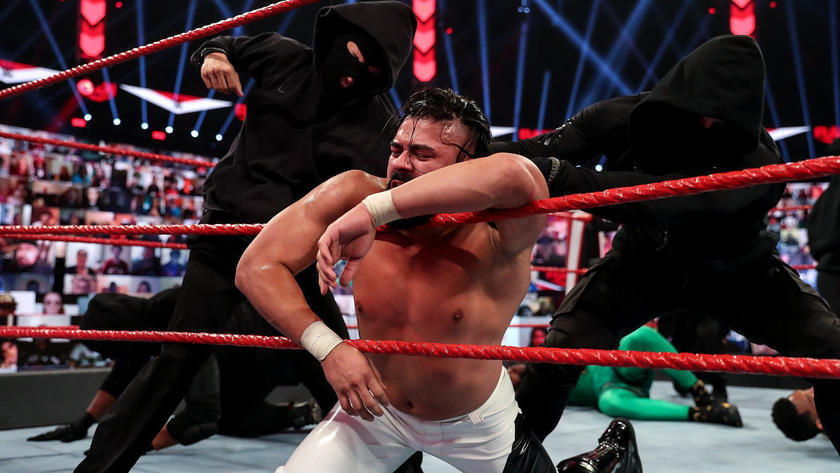 His partner Andrade, however, was left to fend for himself. Retribution made short work of the three Superstars in the ring and ended up making another statement.

Later on, Garza found Demi Burnett backstage and tried to escape with her. However, he deserted her on seeing Retribution arrive and ran for the hills.

I remembered that I had #RawTalk 🙄🙄 and I needed to put my suit on 😒😒 https://t.co/AZySfPMvXn

These kinds of acts are what caused the intense bad blood between Andrade and Garza. Everyone is so focussed on Bayley and Sasha Banks that they forget of another friendship in peril.

We will soon see what becomes of this once great tag team. Will Angel Garza change his ways, or must he be left behind?