Looks like the WWE and Vince McMahon are not taking any risks, and are going all-in for the upcoming Royal Rumble PPV. The one night when 30 different superstars get in the ring and fight for the main event spot at the ‘Showcase of Immortals’.

Eventually, it seems like WWE has tremendous plans for the women’s 30-Women Royal Rumble match, and the company has shocked everyone with some set of names.

The most shocking name was former five-time WWE women’s champion, Mickie James. The ‘shock’ element here is that Mickie is currently in a contract with IMPACT Wrestling and is the Impact Knockout’s champion over there.

Another surprise was the entry of the WWE Hall of Famers, The Bella Twins (Nikki Bella and Brie Bella) into the Royal Rumble.

WWE is not taking any risks for Royal Rumble PPV

Fightful Select has recently reported that more ‘big’ names will be added into the women’s Royal Rumble match, and the company will hit some nostalgic buttons of the WWE Universe.

Previously, the company has surprised the audience when they included superstars like Awesome Kong, Trish Stratus, and Lita.

The fans couldn’t help but wonder who will be these “big” names. With the company opening the ‘forbidden doors’ for the first time, it is only a matter of time that old school female wrestlers like Mickie James, Melina, and many others will come back.

Eventually, the fans also speculate that various superstars from the Attitude Era and the Ruthless Era will also make their comeback to the company.

One such example is the addition of The Undertaker’s wife, Michelle McCool, who has also been announced for the PPV. 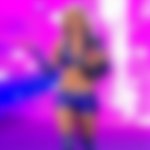 However, the company has still not confirmed which superstars will appear at the Royal Rumble PPV. The pay-per-view is famous for adding superstars from the past to give a nostalgic boost to the fans.

Nonetheless, it will be a great surprise for the fans to see superstars from the past make their way inside the squared circle once again.

Which superstars are you thinking will appear at the PPV? Do you think the appearance of Mickie James will have a lasting impact in WWE? Let us know.