Becky Lynch recently made her WWE return to claim the WWE SmackDown Women’s Championship at WWE Summerslam 2021. ‘The Man’ got the better of Bianca Belair in just 26 seconds. However, the match got some criticism from the fans as many believed Bianca Belair deserved better.

Though Belair was officially declared as the winner by disqualification, Becky Lynch claimed it to be her win. After the match, Becky took to Twitter to comment about her match with Bianca Belair. 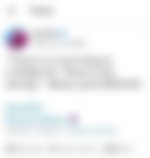 But soon after that, ‘The Man’ deleted the tweet. Maybe even Becky Lynch feared the backlash from the fans as nobody seemed to be happy about the match ending as a disqualification.

The fans seemed to be disappointed as they wanted to see a proper ending to this new rivalry between Becky and Bianca. But Sasha Banks spoiled the party.

Watch This Story: Roman Reigns vs Finn Balor: The Journey to Extreme Rules 2021

A Triple Threat Match for the WWE SmackDown Women’s Championship?

Despite a strong challenge from Bianca Belair, ‘The Man’ kept her title. All thanks to Sasha Banks. Just when Belair was about to hit the K.O. D for the win, ‘The Boss’ attacked Belair from out of nowhere.

Not only Bianca Belair, but Banks also has her eyes set on the SmackDown Women’s Championship now. Sasha Banks also attacked Becky Lynch after the latter defended her title. Sasha hit a Backstabber on Becky Lynch as ‘The Boss’ made her intentions clear.

Banks previously lost the SmackDown Women’s Championship to Bianca Belair at WrestleMania 37. However, Sasha Banks never got his rematch with Bianca Belair, as she was replaced by Becky Lynch at WWE Summerslam 2021.

With the three women having some scores to settle among themselves, WWE might soon announce a triple threat match between the three wrestlers- Becky Lynch, Sasha Banks and Bianca Belair.

However, nothing is official yet. But it will be very exciting to see the three skilled wrestlers in the ring at the same time. Let’s hope for the best.