In the past, Seth Rollins has proven that he does not like to be disrespected or asked questions that don’t suit him. Therefore, when Kayla Braxton tried to question Rollins about the possible return of Cesaro, he did not tolerate it.

As soon as Kayla asked, Rollins took off his mic and chucked it at her. This was his way of calling quits to the interview. Now, he’s expressed his true opinion about the situation.

According to him, Kayla Braxton conducted a pathetic interview. In fact, he felt it was more of an ambush rather than a well-worded interview.

NEVER AGAIN! I was expecting a PROPER INTERVIEW! This was a ONE-SIDED AMBUSH! PATHETIC! BIAS gets you NOWHERE! https://t.co/x8yfa9cxab

Coming to Kayla’s question, she wanted to know what Seth Rollins would do when Cesaro returned to SmackDown. Even though Rollins did not answer it, his response gave us an interesting insight into the story’s direction.

What will Seth Rollins do when Cesaro returns to SmackDown?

First, he will be angry. The reason? He never actually ended his feud with Cesaro.

The last time the WWE Universe saw Cesaro in WWE was at WrestleMania Backlash where he had a title match with Roman Reigns for the WWE Universal Championship.

Therefore, if Cesaro returns, he will either pick another fight with The Tribal Chief or he will go after Rollins for attacking him.

The reason Cesaro could go after Reigns is that the referee stopped the match at Backlash after Reigns put Cesaro in the Guillotine Hold. There wasn’t a tap out or submission. Hence, it’s possible Cesaro will demand another match.

If this happens, Rollins can join forces with Roman Reigns. This will revive the glory of The Shield, and the duo can take down Cesaro together. 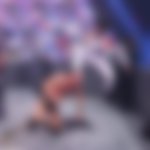 On the other hand, if Cesaro goes after Seth Rollins, the latter needs to truly prepare himself for what’s coming. Cesaro is extremely fond of using the Cesaro Swing on Rollins, and WrestleMania 37 is evidence of that.

Now, each feud with Rollins and Reigns is a huge push for Cesaro. Each defeat that Rollins suffers at the hands of Cesaro is affecting his image.

Now, the question is: Who will be the Superstar WWE chooses to put over at this point?

What’s your answer? Let us know in the comments below.