The coronavirus pandemic has forced both AEW and WWE to run empty arena shows. These shows became stale without a crowd. So AEW had their talent sit around the ring making noises to bring life to the show.

WWE on the other hand didn’t bother with the crowd. They even ran WrestleMania with no audience to pop at the dynamic spots which were performed.

But, it so happens that Vince and company realized the importance of the crowd as on the recent RAW episode, WWE and NXT got their wrestlers to cheer up and pop at every moment of the show.

They made the show a thousand times better and gave a feel of the real crowd which made all the spots look even better than what they were. However, everyone observed that the center recruits weren’t given any chairs to sit and cheer the talent properly.

This left fans speculating as AEW gave their talent proper seats to cheer for the show, but WWE didn’t. WWE tapings last for a long-time, thus it didn’t make sense to not have some seating arrangement for the talent standing in as the crowd. 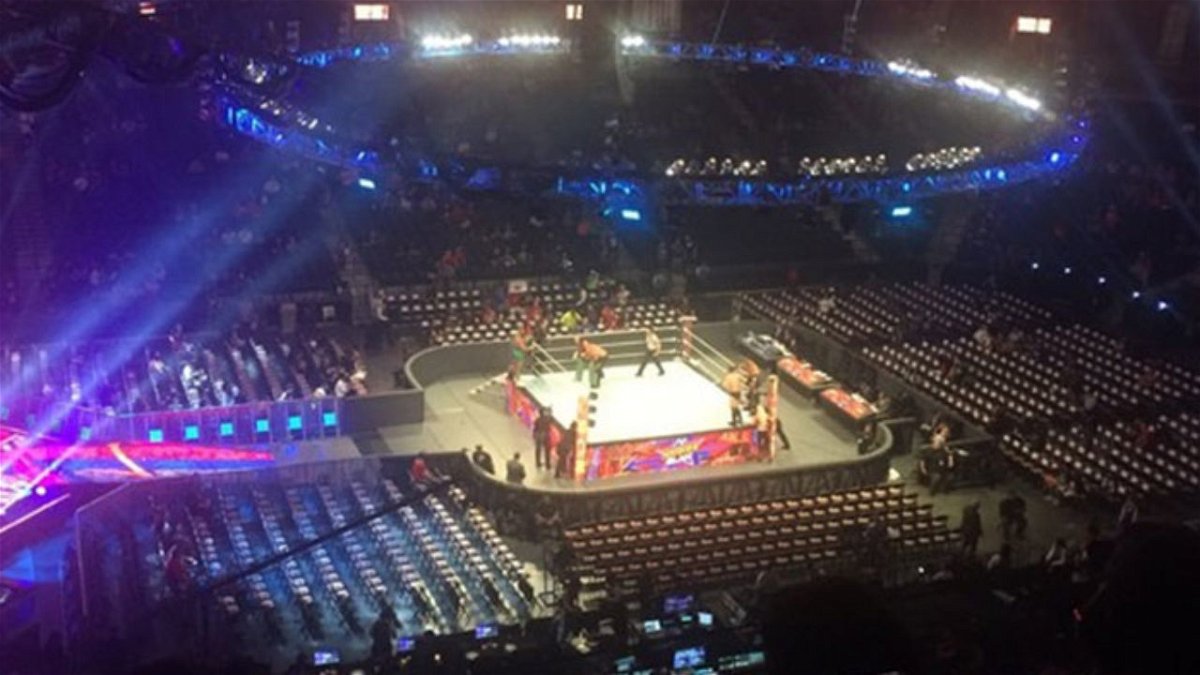 Dave Meltzer and the Wrestling Observer came to their rescue, yet again. They recently gave some insight to the fans on the reasoning behind this bizarre treatment of the recruits.

Wrestling Observer reported that the NXT wrestlers positioned around the ringside stood there for “just under seven hours”.

According to Meltzer’s sources, several talents even reported that they’d lost their voices after cheering throughout RAW, SmackDown, NXT, 205, and Main Event tapings.

Weirdly, although the “crowd” could sit down in between matches, WWE didn’t provide chairs to them.

WWE had no reason to not give chairs

Meltzer claimed that the first taping process lasted 12 hours on 25 May. It was the same again on 26 May which saw another 12-hour sprint and the crowd was only needed for approximately seven of those hours.

It just seems that WWE Management was apathetic to ensure the comfort of the crowd. This indifferent attitude is what the WWE of now has in contrast to the WWE of the past.

WWE may swap some of those complaining about lost voices out for fresh legs, but that’s only a short-term fix. They might want to give these men and women some seating if they’re planning on doing this for a while.

At least the shows are fun again and we can expect Vince and Company to show some creativity with the crowd they have.

Vince McMahon Might Have Found The Next Shawn Michaels

Kenny Omega Comments On The Scariest Character In AEW

Triple H Opens Up About A Massive Title Change In NXT