It’s not surprising that Wyatt followed Tony Khan. With WWE releasing him and bringing about an unexpected halt to his in-ring career, he will do what it takes to revive it when the time comes.

As of now, it’s unknown if Tony Khan is interested in signing Bray Wyatt. However, given Wyatt’s achievements in WWE, and potential as a pro-wrestler, AEW could reach out to him when the time is right.

The character Bray Wyatt is WWE’s creation. He won’t be using it when he starts working with another promotion. 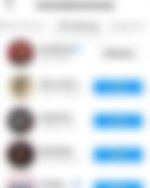 Coming to Rotunda’s future, he will definitely continue wrestling after the mandatory 30-day non-compete clause ends. He has a plethora of options in front of him, and whichever he chooses will help him to grow in the wrestling industry.

The last time The Fiend worked in WWE, he was in a storyline with Randy Orton and Alexa Bliss. It involved Orton and Fiend challenging one another, and Orton understanding Bliss is The Fiend’s weakness.

Randy Orton and The Fiend had an Inferno Match where The Viper lit The Fiend on fire. This enraged Alexa Bliss. Therefore, while rumors started that The Fiend would return, Bliss and Orton continued the storyline.

Watch This Story: Brock Lesnar to The Rock: WWE Legends Destroyed by Goldberg!

The Fiend returned at Fastlane 2021. Upon returning, he helped Alexa Bliss take down Orton. This infuriated Orton and he challenged The Fiend for WrestleMania 37.

At The Show of Shows, Orton defeated Fiend when the latter was distracted by Alexa Bliss’ appearance. She had black blood trickling down her face, and The Fiend’s concern towards her cost him the match.

Since then, Bray Wyatt appeared on TV, but not The Fiend.