Bret ‘The Hitman’ Hart was arguably one of the very best to ever lace up a pair of boots. Coming from a wrestling family, Bret Hart lived up to the expectations, and even surpassed them. However, back in 1992, his first WWE Championship reign was surrounded by controversies, and in a recent interview, he fired shots on wrestling legend Hulk Hogan.

Now, we all know what went down between Hart and the WWE chairman Vince McMahon down the line. However, back in 1992, WWE found themselves in some trouble as McMahon and Hogan made headlines for all the wrong reasons.

Prior to Bret Hart, WWE depended on larger-than-life wrestlers like Randy ‘Macho Man’ Savage, The Undertaker, Hulk Hogan, and The Ultimate Warrior.

However, when Vince McMahon and Hulk Hogan faced some backlash from the media, the company needed someone to be their champion who represented everything that WWE stood for. Hence, they crowned Bret Hart champion in 1992.

Bret Hart explains why he was chosen to be the champion

The Hitman recently appeared in an interview with ‘q on cbc‘, where he discussed the time when WWE decided to make him the champion.

Prior to this, Vince McMahon and Hulk Hogan were having a tough time with the press as the two of them were battling legal issues. Therefore, WWE decided to let Hogan go, and they turned to Bret. 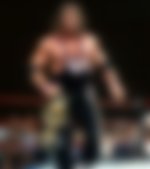 It sort of looked like Vince had pushed the panic button as the company was losing multiple deals, which were tampering with their image in the industry.

“Vince McMahon decided that he needed to put the title on somebody that was a safe, secure bet that wouldn’t drop the ball wouldn’t mess up.”

This certainly worked for the company as the WWE Universe accepted The Hitman with open arms and the world witnessed a technical wrestler running the place and putting on classic matches.

The Hitman takes a shot at Hulk Hogan

Hogan was reportedly notoriously known for his political tactics behind the scenes and would often deny taking the loss cleanly. During the same interview, The Hitman takes a dig at Hogan referring to his limited in-ring move set.

“When you look back today, they don’t wrestle like Hulk Hogan anymore. They wrestle like Bret Hart. Wrestling’s all about action and speed and telling the story,” he said.

It looks like Hart has still not forgotten how Vince McMahon and Hogan screwed him after his WrestleMania IX championship victory against Yokozuna.

However, both the wrestlers went down as the epitome of success in the pro-wrestling industry. The wrestlers share their position in the WWE Hall of Fame.

What do you make of Bret Hart’s comments? Let us know.