Brock Lesnar has been a dominant force in WWE, ever since the day he set foot in the ring. The Beast Incarnate has won several championships while squashing some greats inside the ring. He first arrived in WWE in 2002 and set his mark from the first day onwards.

Lesnar, in the truest sense, is a beast inside the ring. He won the 2002 King of the Ring in his very first year and the 2003 Royal Rumble. His size and wrestling abilities provided him with a huge push and made him one of the top stars.

Brock Lesnar became the youngest WWE champion at 25. He defeated Dwayne “The Rock” Johnson to win his first championship in WWE at the 2002 WWE SummerSlam. The Rock lost his championship and turned his focus toward Hollywood soon after. The 2002 era was the start of the Ruthless Aggression era, and it had its champion in Brock Lesnar.

Lesnar was built as ‘the next big thing‘ in WWE and was given a massive push by the company. Credit also goes to The Rock who put Lesnar over and built him in a way that dominated his in-ring abilities and heel-ish persona.

After a video resurfaced on social media, featuring the superstars during their vintage fight up, fans started getting nostalgic.

#OnThisDayinWWE 20 years ago at SummerSlam:

The Ruthless Agression Era had its first true champion, @BrockLesnar, who became the youngest to hold the world title

Let’s not forget about @TheRock, who built Lesnar up and put him over cleanly pic.twitter.com/gym8dlqJoH

One fan took a dig at that moment and wrote this:

correct caption should be:
20 years ago brock sent rock to Hollywood.

Other fans were of the opinion that, The Rock they saw that night was the best version of The Rock.

then what we don't see is rock went heel on the crowd this night & started the best version of the rock, Hollywood Rock.

One of my favourite matches. Both are great here. The crowd too play their part.

That pop Lesnar got after the W was awesome. Well done by all involved!

That was a good match. I'm a rick fan I was mad but I understand what needed to be done

Finish was so smooth and clean

One fan even acknowledged that SummerSlam as the best.

Still the best SummerSlam ever from top to bottom.

Brock Lesnar confirmed to return to WWE in 2023? 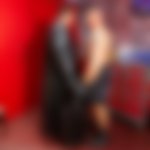 The latest reports suggest that, Lesnar might again return next year in 2023. He has been advertised for two premium events in the coming year. Brock Lesnar is currently the only superstar to feature in the poster of the live event, Day 1. Lesnar is also featured for WrestleMania 39, which is said to take place in April 2023.

Watch This Story: From Roman Reigns spearing Brock Lesnar to Eddie Guerrero flying off the top of it. Wildest moments in the Steel Cage Match History.