Report: Former WWE Champion to Quit WWE after Money in the Bank

Bliss also took a jab at the ‘Four Horsewomen’ especially Bayley when she replied to this tweet.

Bliss and Money in the Bank 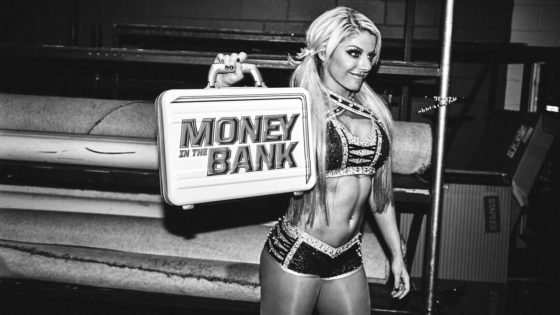 The Four Horsewomen(Becky Lynch, Charlotte Flair, Sasha Banks, and Bayley)  have been consistent and excellent performers. They brought the Women’s Revolution and transformed the company. However other talents like Ember Moon have not been given the same attention which they deserved. this has been the case for the last few years.

It is to be noted that Alexa Bliss has had a pretty successful career in the  WWE till now. Despite her short stature, she has been a former 5 times Women’s champion and money in the bank winner. This jab taken by her seems justified. Bayley has not been a great heel which was Alexa’s forte as a champion.

Bliss continued her aggressive rant. She tweeted out this witty tweet which showcases the video of the moment she won the Money in The Bank in 2018. She cashed it in on Nia Jax the same night.

Some fans criticized the Five Feet of Fury for taking a shot at the 4 Horse Women, as Bliss has been pushed ever since the last 3 years. She seemed arrogant and disrespectful to some fans. Whatever the case this reaction by Bliss has been a common sight among the talent who have been treated unfairly by Vince and his company. Some fans seemed to support Bliss and recognized the importance of this moment.

Bliss is the WWE Women’s Tag Team Champion with Nikki Cross and they both have had more ring time since the coronavirus, it seems that they will continue their reign for quite a while. The tag champs have however not been that active with their title defenses. They were not even featured in the Money In The Bank show. Nikki, however, took part in the Women’s Money in the Bank Match. The future seems ambiguous for the champions

Major WWE Superstar Reveals The Reason Behind Her Heel Turn