Chris Jericho Reveals The Most Unsafe Superstar He has Worked With

Chris Jericho was subject to a series of fan questions during the Saturday Night Special on his YouTube channel.

In this edition, one of the questions he had to answer was his pick for the most unsafe Superstar (not including Ryback) he shared the ring with.

Chris Jericho talks about the most unsafe Superstars he faced

Jericho, the former AEW Champion, believes that it was Titus O’Neil. Additionally, he mentioned Tyson Tomko as well.

“Christian’s bodyguard was Tyson Tomko, his finish was very hard to take. Titus O’Neil too, the guy would just throw you, with no direction and with no care on how you’re going to land.”

Soon afterwards, Christian helped Tomko defeat Jericho during an episode of WWE RAW. The alliance between Tyson and Christian came to its end when the latter got drafted to SmackDown. 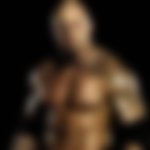 On the other hand, Titus O’Neil’s run with WWE has been on-going for a decade now. During this span, O’Neil has formed alliances with Superstars such as Darren Young, Heath Slater, and Apollo Crews.

However, one of the highlighted moments of his career with WWE was during the Greatest Royal Rumble in 2018.

In this instance, he was rushing towards the squared circle when the free-for-all was going on. Instead of actually making it till there, he tripped and slid all the way under the ring.

The internet did not wait before turning this unfortunate incident into a successful meme. Therefore, Titus remained a sensation on the internet days after this incident.

Chris Jericho added a tiny bit about Ryback as well. He does not think Ryback is an unsafe wrestler in the ring.

According to Jericho, whoever said that needs to get their facts straight.

“Ryback was not unsafe. Ryback was a great worker and whoever said he is unsafe had different experiences then. I never had a problem with Ryback ever. I thought he was a really really good worker.”