The WWE Women’s division has been largely neglected in the past with their matches being allowed only 5-6 minutes at major events. But in recent years, WWE has tremendously enhanced the quality and popularity of their women’s division.

The old “Diva’s Championship” was abandoned, and new titles were established. A majority of people are happy about the change, but a certain someone, CM Punk, has something else to say.

Like many celebrities on social media, CM Punk also does routine Q&A’s on Twitter. Fans can use the ”#askpunk” hashtag to ask CM Punk anything they want. This made the fans ecstatic as a tsunami of questions came towards Punk.

One tweet that stood out for us was when a fan asked, “Should the women’s division have a US and IC championship? #askpunk“. To this, Punk replied sarcastically, “Yes absolutely. Six man tag straps, and let’s get secondary titles for the secondary titles, and maybe more titles for those titles.”

Punk’s reply was full of sarcasm, and it shows that “The Best in the World” doesn’t think the women’s division needs more titles.

Too many titles in WWE?

In recent years, WWE has introduced many new titles to their company. They have even made different titles for different brands.

Similarly, SmackDown also has its own Men’s and Women’s Championship along with other championships like the WWE Universal Championship, etc.

These are only a handful of championships that are in WWE. We haven’t even counted the ones in NXT.

So, what Punk said could be held true as RAW and SmackDown already have a bunch of championships. Having a multitude of titles, in turn, makes some titles lose their value and popularity.

Something like this happened to the United States Championship as it lost its former glory and popularity when newer championships came into existence. 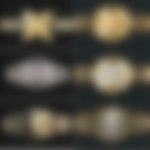 New championships make the most popular wrestlers want to earn them, and their fans want the same. This makes other championships seem less valuable as a majority of the WWE fans want to see their favorite wrestler compete for the new and hot championship instead of the same old championship.

Regardless of this, in recent times, WWE has pushed their old championships and tried to make them popular again. Now, it’s up to the fans to acknowledge that.