This week’s SmackDown took place from BOK Center in Tulsa, with the crowd hoping to see some development in the heating feud between the Universal Champion Roman Reigns, and John Cena. And what they witnessed tonight was nothing short of devastating verbal bombs from both the wrestlers.

The two wrestlers took personal shots at each other. However, it was one particular statement made by Cena which made the WWE Universe and even CM Punk notice.

During the segment, while delivering his promo, Cena made a rather peculiar statement; he said that after he wins the belt at the SummerSlam PPV, he would jump across the barricade and wave him a kiss goodbye and head out with Roman’s belt.

The fans immediately got the reference and so did CM Punk. After SmackDown ended, Punk took to Instagram and posted a GIF of Harry Potter’s arch-nemesis – Lord Voldemort.

This is a reference to J. K. Rowling’s series of Harry Potter novels where, in the early stages, the characters would not say the name “Voldemort”, instead they say “You-Know-Who” while addressing him. Similarly, Cena did not take Punk’s name while making the reference in his promo. 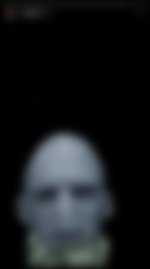 The reason this reference is making a buzz amongst the wrestling fan is because Punk did the same to John Cena back in 2011 at the Money in the Bank PPV, where he won the title and before leaving, blew a goodbye kiss to Cena.

What happened between CM Punk and John Cena back in 2011?

WWE Chairman Vince McMahon had threatened to have Cena fired if he did not retain the title, however, Punk had other ideas. After both the wrestlers failed to register a win for over 30 minutes into the match. McMahon signaled the referee to award Cena the win while he held Punk in the STF submission and sent Laurinaitis to ring the bell.

Cena did not agree with this tactic and attacked Laurinaitis; however, when Cena came back inside, Punk hit him with the ‘Go to Sleep’ and pinned him to win the WWE Championship.

McMahon sent Mr. Money in the Bank Alberto Del Rio to cash in his briefcase, but before the bell rang, Punk performed a roundhouse kick on Del Rio, knocking him out.

Seeing the opportunity, Punk then climbed the barricade and delivered the iconic kiss to Vince McMahon before leaving his company with his title.