In the past few weeks, we have seen a storyline unfold on WWE television which has generated very polarizing opinions from the WWE Universe. I’m talking about the controversial rivalry between Jeff Hardy and Sheamus.

While everyone gets the intention behind this feud, the execution has left a sour taste in the mouth of many WWE fans. 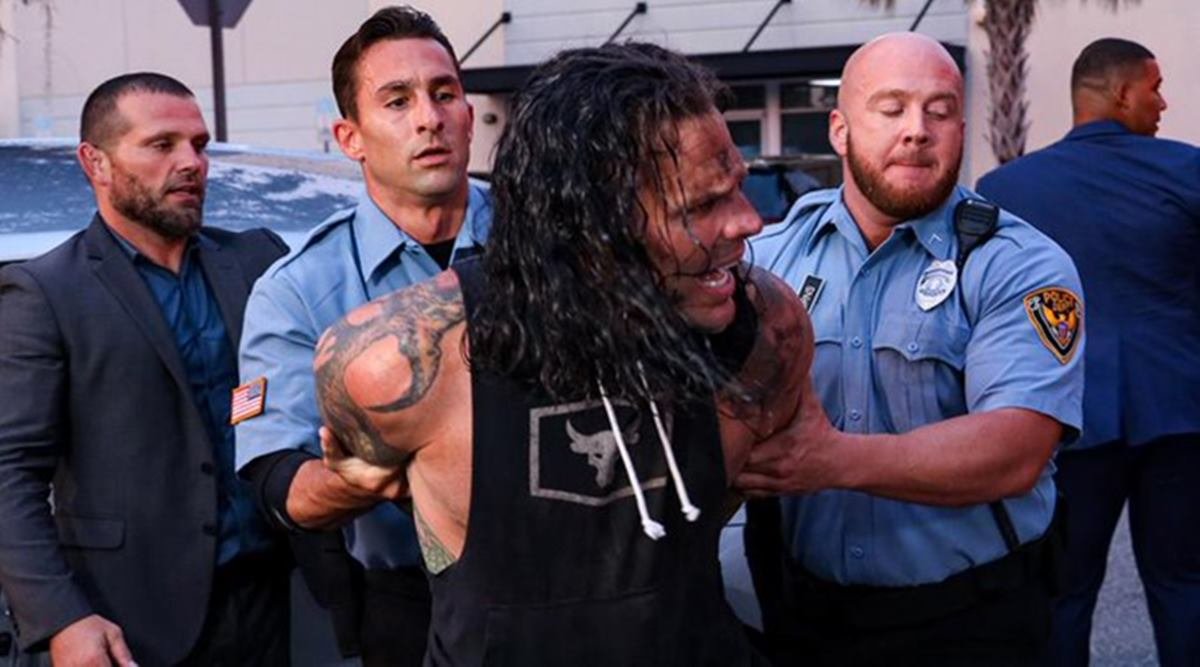 Primarily, fans are upset that the company is using Hardy’s battles with substance abuse for a professional wrestling storyline. As per this section of fans, that’s a strict no-no and no form of creative value can justify using someone’s personal demons.

The latest update regarding a bar fight between the two at The Extreme Rules Horror Show further contributed to the criticism.

I analyse this rivalry on two basic parameters. Firstly, on the level of pure storyline sense and whether this leads to compelling television.

Secondly, on the kind of controversies this kind of storyline generates and the fallout of that.

As unfortunate as that is, this is not the first time that Jeff Hardy’s addiction issues are being used for storyline purpose.

In the past, his rivalry with CM Punk had a very heavy focus on Hardy’s battle with alcohol. One can even say that that storyline was successful.

However, it was largely due to the impeccable mic skills of CM Punk who added a very strong touch of realism and it felt like Hardy is genuinely battling his personal demons along with a conniving opponent.

As good as Sheamus is, he’s no CM Punk on the microphone. The fact that he hasn’t got very good material to speak from the creative team hasn’t helped either. The result is that the entire thing is coming off as a mockery and has induced cringe at more than one point.

For instance, the entire urine test in the ring scenario was some twisted comedy that shouldn’t be on television in 2020.

However, a larger group of fans feel that storylines like these should not even be considered in the first place.

These are the people who think that an issue as sensitive as substance abuse is best left untouched. In fact, having a recovering alcoholic compete in a bar fight has further given strength to this criticism.

@WWE Should be ashamed of this fued with @JEFFHARDYBRAND and Shamus!!! Complete shit and a slap in the face of Jeff Hardy… Messing with someone's sobriety is no joke!!!🤯

This weeks episode of Smack Down was by far the WORST episode of a weekly episodic wrestling program I have ever seen. It spat in the face of the women’s division. It disrespected Jeff Hardy and his battle with addiction. Literally two hours of poor taste programming. @WWE

I just read the other day Jeff Hardy wasnt resigning with them and they got an odd ass storyline with him in it constantlu attacking is REAL LIFE substance abuse problems and shit. Even had shit bout a urine sample for a drug test and shit https://t.co/wefDNtZhco

I’m sorry but this Jeff Hardy storyline is fucked up in so many different ways possible, enough what the excuse of “he agreed to it” that’s bullshit. I’m sure he didn’t agree to the multiple weeks of #WWE straight milking his addiction like it’s some long lost good memory.

Sure some people may find the storyline tasteless now, but at the end of the day, if Jeff Hardy himself likes the storyline & is 100% okay with it, that’s all that matters in my opinion.

One can argue that the WWE might have had proper discussions and consultations with Jeff Hardy before going ahead with this storyline. However, whether or not that qualifies as a green signal to go ahead with this creative direction is up for the fans to decide.

Which group do you associate with – Do you think that this storyline should have played out in a better way or do you think it shouldn’t be on television at all? Or are you satisfied with the way the current storyline is working on television? Let us know whatever you feel in the comments section.

WATCH: When CM Punk and Vince McMahon Beat each Other up in an Insane Brawl