Days After Becoming a Self Millionaire, Mandy Rose Discloses Her Marriage Plans: “Probably…”

During her time in WWE, Mandy Rose had some happy and memorable moments. One of those was a long NXT Women’s Title reign that lasted 413 days. However, that is not the good only thing that happened in her life. The 32-year-old former WWE superstar met the love of her life, Tino Sabbatelli, there. Moreover, recently she may have given a possible wedding date.

The former NXT Champion recently share possible wedding plans while a Q&A session on Instagram. She replied to a fan who asked her “When you are getting married”.

Rose wrote, “Probably 2024”, which was followed by a picture of her and her fiance, Tino Sabbatelli.

The couple made the announcement of their engagement in September 2022 and she shared a post regarding the same on her social media. 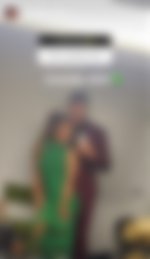 Sabbatelli and Rose met in WWE while being a part of Tough Enough. The former WWE star felt Mandy Rose was “cute” when he saw her for the first time.

Finally, the power couple has given a hint about when they are going to get hitched after dating for a long time and getting engaged last year. This is a great moment for Rose after becoming a millionaire a few days ago.

Similar to her wedding news, back in September 2022, Rose announced her engagement on Instagram. She share a few pictures of her and Sabbatelli and flaunted her ring.

Many of her WWE colleagues congratulated her for this beautiful moment. Stars like Brie Bella, Natalya, Alexa Bliss, Big E, and Titus O’Neal gave their best wishes to the couple.

It was high time for Rose in her personal and professional life. She was the longest reigning NXT Women’s Champion and also got engaged to her boyfriend.

How much time Tino Sabbatelli was in WWE?

Sabbatelli is a former NFL player turned professional wrestler. He was a player for the Tampa Bay Buccaneers, Cleveland Browns, and Kansas City Chiefs.

He joined WWE in 2014 and started training at the Performance Center in Orlando. Sabbatelli made his televised NXT debut in October 2016, teaming with Riddick Moss. However, by 2020, WWE released him from his contract.

He also made an appearance in AEW after his WWE release. Furthermore, in 2020, WWE had already signed him again, but unfortunately released in June 2021. In total Sabbatelli spent close to seven years in WWE in both runs with the company.

Watch This Story:- 5 WWE Stars Who Might Return at WWE Royal Rumble 2023