The wrestling veteran Diamond Dallas Page aka ‘DDP’ has always been vocal about his tenure in WWE. The yoga master recently revealed that the WWE was not interested in him feuding with the likes of The Rock and many other superstars. 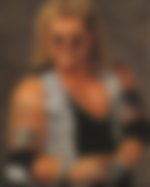 Vince McMahon put an end to ‘Monday Night Wars’ by buying out his competition WCW back in 2001. Eventually, all the WCW’s megastars fell under the big roof of WWE (then WWF), one such wrestler was DDP.

His tenure inside the WWE ring lasted for only 12 months, and the very first angle they booked him was a ‘creepy stalker’ of Undertaker’s then-wife Sarah. The storyline was always not well received among the fans and also with DDP, who wanted to work with ‘The Great One’

In a recent interview with The Angle Podcast, DDP discussed that he was fairly motivated to work with the biggest promotion in wrestling given his tremendous resume in WCW.

“That’s what should have happened. Vince wanted me in that stalker thing because they wanted to beat the company [WCW] down.

“I never thought that because, you know, it’s money. We’re gonna draw huge money, me and The Rock, but it wasn’t about that.

The 3x World Heavyweight Champion was not pleased with the segment because it really stunted his growth in the company and he clearly showed his disagreement with the management.

WWE inducted the former world heavyweight champion into the Hall of Fame in 2017. Putting behind all his bad memories from his time in WWE.

DDP was a major star in the 90s feuding with the likes of Bret ‘The Hitman’ Hart, Randy Savage, Chris Benoit, and many more.

His most notable match was with ‘The Sting’, where he won his first WCW Championship in 1999. Both the wrestlers were in the best shape of their lives and gave a classic.

The match that really made DDP a legitimate star was his match against Randy ‘Macho Man’ Savage at Spring Stampede, back in 1997.

Savage had made the match more personal by involving DDP’s wife Kimberly, the rising Diamond Dallas Page had enough and delivered a perfect ‘Diamond Cutter’ to win the match.
DIVE DEEPER