Does WWE Legend Hulk Hogan Have Any Children?

Everybody knows about the WWE Legend Hulk Hogan and his wrestling career. But there are a few things the fans are not aware of in his personal life and his family.

However, Linda Hogan filed for divorce in 2009 after 26 years of marriage with Hulk Hogan. She claimed Hogan had an affair with another woman who was his daughter’s friend. The friction that emerged led to their separation. 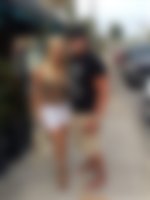 How many kids does Hulk Hogan have?

Brooke Hogan is an American television reality TV actress, singer, and songwriter. During her early days, she took dance classes, piano lessons, and gymnastics in Clearwater, Florida. Later, she moved to Nashville to uplift her music and acting career. She also signed with several production houses where she featured in various TV series and music production.

In 2006, she also featured in her father’s reality show “Hogan Knows Best” on the VH1 network. She even started her own AirBnB design company.

Recently, she released a new song ‘Better’ on Spotify, emphasising on her passion for music.

Hulk Hogan’s son, Nick, was born in 1990. Currently, he is 33 years old and is developing his career in electronic music. He also had interest in Formula-1 racing and earned a Formula D competition license in 2006 from Formula Drift. However, things changed, and Nick got in serious trouble.

What happened to Hulk Hogan’s son?

In August 2007, Nick Hogan slammed his car into a palm tree in a drunken state with his friend John Graziano in the passenger seat. His friend suffered severe brain damage and now requires full-time care.

In November 2007, Nick was charged with various violations and held guilty for his rash driving. The authorities suspended his driving license for three years. After the incident, the incident disturbed Nick and felt bad for his friend John. In various interviews, John recalled this incident and broke into tears.

However, after some time, he focused on his music career to be a professional DJ. Precisely, Nick worked hard on his career, which got him into Dash radio.