At WrestleMania 37, WWE announced the new 2k22 video game, featuring Rey Mysterio in a video package. However, it is Drew McIntyre and Sasha Banks who will feature on the covers of the games. The WWE Universe voted for them to be the cover stars for the new game. 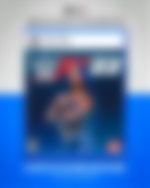 Given the negative reception to WWE 2k20, WWE did not create a video game last year, especially since the pandemic would’ve cut down on sales. However, the development of WWE 2k22 is in full swing with the first trailer airing at WrestleMania.

Now, we even have the two cover stars for the video game. On Twitter, WWE on Fox claimed that Drew McIntyre and Sasha Banks will helm the covers of 2k22. This is the first time either Superstar has featured on a video game cover and the first time fans voted for their choice of Superstar. 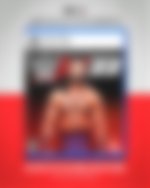 The release date of the game hasn’t been given, but one can expect it to drop after SummerSlam. So far, the developers, 2k, haven’t revealed the roster along with the ratings, nor have they provided details about the Career Mode and other features. The official website claims details will be out soon, but the possibility of McIntyre and Banks on the cover is exciting. 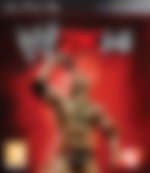 WWE video games entered a new era when they partnered with games developer 2k. Till 2019, Yuke’s and 2k collaborated to give us a wide range of games, but Yuke’s provided us with classics like Raw vs SmackDown and SmackDown! Here Comes the Pain.

The first game developed by 2k was 2k14, which featured The Rock on the cover. The People’s Champion is a constant appearance in the game rosters since then.

For 2k15, John Cena graced the cover since he held the WWE World Heavyweight Championship at the time. The following year, we saw Stone Cold Steve Austin on the cover, along with the 2k Showcase mode dedicated to him. 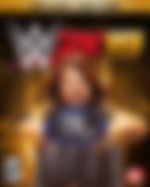 In 2016, Brock Lesnar graced a cover for the first time since the original SmackDown game. 2k18 featured Seth Rollins on the cover, who was at the height of his babyface run in WWE.

The year 2018 saw the Phenomenal, AJ Styles grace the cover in what would be the best received WWE game of all time. Unfortunately, 2k20, which featured Becky Lynch and Roman Reigns, did not do so well.