Dwayne “The Rock” Johnson had some interesting segments and promos in WWE in the last decade. But one promo that the fans are going to remember is his backstage segment with former WWE stars, Lana and Rusev.

In that backstage segment, Dwayne Johnson made multiple sexual innuendos. And this caught the attention of the fans at that moment.

Recently, C.J. Perry (known as Lana in WWE) took to social media and posted a video of this backstage segment involving her, Johnson, and Rusev (now known as Miro in AEW)

In this 2016 backstage segment, Dwayne Johnson recalled how Lana surprised him once by coming into his hotel room.

He then talked about how they did some exercises together like the One-Legged Russian Vacuum, the Wisconsin Wheelbarrow, and the DJ Moustache Ride.

As Johnson talked about these exercises, Lana smiled at first. But later dismissed such claims from The Rock as she found Rusev right behind The Rock.

Soon after that, Lana informed Dwayne “The Rock” Johnson that she and Rusev were engaged to be married. After learning this, The Rock told Rusev, “You got a hell of a woman here. She is flexible as all hell. You gonna have a great marriage.”

Did Dwayne Johnson ever compete in a match against former WWE superstar Rusev?

The answer is no. However, the two men got into a fight, back in 2014. After some punches to Rusev, ‘The Most Electrifying Man in Sports Entertainment‘ had sent Rusev out of the ring.

Rusev is now a part of AEW programming. And Dwayne Johnson is currently enjoying success in Hollywood. However, there are rumors of him returning to WWE in the future.

When did The Rock last compete in a match in WWE?

Dwayne “The Rock” Johnson has competed in many matches so far. But his last WWE match, as of this writing, is going to be well remembered by the fans for a reason. 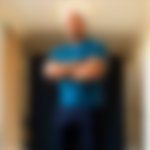 His last match in WWE, as of now, ended in just six seconds at WWE WrestleMania 32. The Rock defeated Erick Rowan in that match to register one of the quickest wins in the history of WWE.