The former WWE Champion Brock Lesnar has had one hell of a rollercoaster career. Brock Lesnar has done everything from being a WWE superstar to exploring a career in football to stepping inside UFC’s octagon ring.

Well, throughout the professional career of Brock Lesnar, his wife, and a former WWE superstar, Sable has been with him. More notably, Sable was a very famous WWE star during the Attitude Era.

Sable was also renowned for her work in the fashion industry. The former WWE superstar was the first woman to feature on the Playboy magazine cover in 1999. Not only that, Brock Lesnar’s wife, Sable, graced the fashion business by being on the cover of Playboy magazine thrice in her career.

The WWE Universe has forever been in awe of Sable’s breathtaking beauty and stunning physique. Hollywood fame glamoured Lesnar’s wife, and the fans received her magazine photoshoots well.

Recently, 90s WWE Twitter posted a resurfaced picture of Sable bathing in the golden sunlight. Wrestling fans stormed on Twitter to share their reactions to the dazzling WWE Diva. Sable was one female WWE superstar that fans may have turned on the televisions for.

Hanging up in my room at 5 years old. Those were the days lol. pic.twitter.com/aZFrjVYJE4

Many WWE fans have grown up watching Sable during the WWE Attitude Era.

Man oh man, she was my absolute favorite growing up. I had my wall plastered in magazine pics of her

The great o days of Raw Era & 90s were more fun n entertaining.
Now days ugh… it's never been the same. Sable other divas like her did help making more exciting & sexy to the ring.

Fans believe the current WWE female superstars are nothing like Sable, Trish Stratus, Lita, and many others.

Will Sable return to the WWE like her husband, Brock Lesnar?

In the latest news flash, ‘The Beast’ Brock Lesnar has returned to the WWE. During this week’s SmackDown edition, Brock Lesnar appeared on WWE television after his defeat at WrestleMania 38.

The bad blood between heel aka ‘God’ mode Roman Reigns and baby face aka ‘Cowboy’ Brock Lesnar started in SummerSlam 2021. Today WWE announced that ‘The Beast Incarnate’ will feast on his hunt at SummerSlam 2022 in the Last Man Standing match.

However, after her exit from Vince McMahon’s WWE, Sable has distanced herself from the media spotlight. In the early 2000s, Sable skyrocketed her popularity as she landed various TV guides and magazine covers. 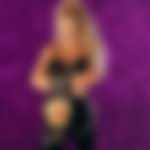 But, the WWE Diva did not want to bear the weight of fame and happily started a life with Lesnar. Sable was a pioneer for upcoming female superstars that broke new ground for women in the squared circle.

Unlike Brock Lesnar, Sable has permanently retired from professional wrestling. Hence, the WWE star stepping inside the squared circle is improbable.