It’s only been a week since Bobby Lashley won the WWE Championship, and he’s already becoming WWE’s most popular Superstar. Given his rising status, WWE decided to change his presentation a bit. Hence, the All-Mighty debuted a new entrance and new music on Raw before his first title defence.

Post that, he squashed The Miz again to send a message to the entire WWE Raw locker room.

Lashley’s entrance received a ton of praise on social media. In fact, Twitter went into a meltdown upon seeing and hearing the champion’s new music and dazzling entrance. Prior to Lashley walking out, there was pyro and a highlight reel of Lashley’s best moments in WWE. A remixed version of the Hurt Business’ theme followed that.

I AM LIVING FOR THIS BOBBY LASHLEY ENTRANCE WOW #WWERaw

The Miz and John Morrison had fear plastered all over their faces as Lashley made his god-like entrance to the ring. As he posed atop the turnbuckle, fireworks went off in the back inside Tropicana Field and the WWE ThunderDome.

There was more pyro in Bobby Lashley’s entrance than in the Exploding Barbed-Wire Death Match. #AEWRevolution #raw #WWEChampionship

Woah. Bobby Lashley's entrance was lit and they sorts had a tron video there. I miss those honestly. #WWERaw

Whether it was the pumped in sounds of fans or not, a genuine buzz was felt inside the ThunderDome when Lashley walked to the ring for his first title defence. With an entrance like that, will anyone take the WWE Championship away from the All Mighty? Needless to say, his WrestleMania entrance is going to be beautiful. 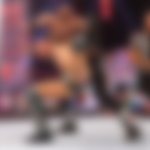 Bobby Lashley steamrolled the Miz to retain the WWE Championship on Raw. Their bout was a bit more competitive than last week’s lumberjack match, but Lashley still looked absolutely dominant.

Lashley flattened Miz with the delayed vertical suplex before Miz gained some control. The challenger capitalised on a few mistakes from the WWE Champion.

Miz went for his signature ‘Awesome’ clothesline, but Lashley caught him like a baby, before tossing him away. Miz sidestepped a bunch of Lashley’s offence, which only angered the champion.

Once Miz was in his grasp, Lashley would not let go of him. He smashed Miz’s skull into the LED ring post before tossing him into the ring.

A flatliner was followed by the All-Mighty Spinebuster. The champion locked in the Hurt Lock, which led to his second submission victory in two weeks and his first successful title defence.

This match cemented Lashley’s place at the top of WWE, while successfully making the Miz look like a viable challenger. Good things lie ahead for the CEO of the Hurt Business, the WWE Champion, Bobby Lashley.