Fans React to the Insane Fatal Five Way Match at NXT Takeover: In Your House

NXT Takeover: In Your House ended in utter chaos as five of the brand’s best collided in an NXT Championship match. Karrion Kross, the champion defended his title against Adam Cole, Kyle O’Reilly, Pete Dunne and Johnny Gargano. This match received praise from much of the WWE Universe. 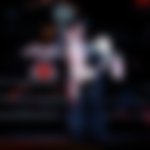 After every match on the card delivered in some manner, it was down to the NXT Championship match to close out the show in epic fashion. And my word did they put on an epic match. Every participant in that match gave their absolute best, and none of them looked out of sorts.

In a match where the champion is the least impressive performer, you’d know you’re in for a treat. Take nothing away from Kross’ performance though, as he played his part to perfection. As for Adam Cole and Kyle O’Reilly, they renewed hostilities and even renewed their friendship to take down Kross.

People were all for Karrion Kross last year now that he is the champion you hate him man Triple H is right pic.twitter.com/1gGGnd4irk

The 5 way match was killer! So many great spots to mention. Karrion Kross, Adam Cole, Pete Dunne, Johnny Gargano and Kyle O'Reilly all showed out! I thought the finish to the match was very good with the double submission holds. #NXTTakeOver

Dunne stuck to his usual game-plan of limb targeting and attacking the extremities. However, he was mostly ineffective against Kross whose power game no one could break through. As for Johnny Wrestling, he avoided maximum offence and proved once again why he’s Johnny Takeover.

It’s tough to point out who is the MVP of this match, as every superstar gave it their all. Gargano brought back the old Johnny Wrestling, Cole played the opportunist role to perfection, Dunne’s late flurry against Kross earned him his plaudits, while O’Reilly showcased his genuine babyface fire. In the end, Kross ran threw each of his opponents and remained champion.

Watch this story: WWE Superstars Who Pulled Off Impressive Reversals

Who will challenge Kross next? 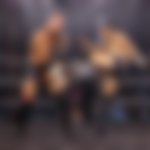 The positive aspect of this match is that not a single participant looked bad after the finish. Every member gave it their all, but O’Reilly was the unlucky one who passed out in the Kross Jacket. However, he might just be the next one to challenge Kross for his title.

Of all the members in the ring for the main event, Kyle O’Reilly was the only wrestler to not win a singles title in NXT. Cole and Gargano are Triple Crown Champions while Dunne was the longest reigning NXT UK Champion. Kross entered NXT in 2020, and already is a two-time NXT Champion. It is time for Kyle to get that gold.

In the run-up to that match, expect Adam Cole and Johnny Gargano to buzz around the title scene. With both their NXT runs entering its last phases, they will turn up the heat in order to win some gold before their inevitable main roster run.