There have been rumors that former WWE Superstar Ryback is trying to make a comeback. In a recent Twitter poll, he shared his wish and urged the fans to vote on where do they want him to return.

Unfortunately, the fans had other plans. In the now-deleted poll, the majority of the fans voted for him to stay retired. This did not sit well with Ryback and the superstar termed the last votes as fraudulent. 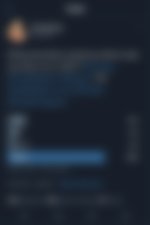 Hence, he started a new poll. Ryback wrote, “Due to fraudulent votes from the last poll we have to redo Where You Want To See Ryback Return. This has nothing to do with @FMMNutrition and is the Official Vote. It can greatly impact my future, so don’t vote retire.”

Despite his wishes, most fans are still voting for him to remain retired. While “The Big Boy” thinks the previous votes were “fraudulent” or trolled, it seems fans don’t want him back.

Due to fraudulent votes from the last poll we have to redo Where You Want To See Ryback Return. This has nothing to do with @FMMNutrition and is the Official Vote. It can greatly impact my future so don’t vote Retire. https://t.co/CUMKDCDWZU

Since his retirement, Ryback has been thrashing WWE. Despite multiple pushes, fans never accepted him as a main eventer. Although he won the Intercontinental Championship once, he soon left WWE following a contact dispute over pay and creative differences.

Back then, he wrote how he felt “free” as he went home. “I was told to head home until we agree or not agree to specific terms and contrary to reports it isn’t over money or a bus that stuff was settled a while ago. It comes down to a major problem I have with not only WWE but wrestling in general.”

Over the years, Ryback has thrashed WWE, Vince McMahon, and his former colleagues. Many superstars were disappointed with him and said he was disrespecting the industry.

Hence, when Ryback started campaigning for a return. Fans were shocked and amused. Following his new poll, fans started trolling and questioning his motives. Here are some of the tweets –

Nothing is funnier to me than the fact that Ryback thinks trolls and reddit are conspiring to vote “retire” on his “what should I do next” poll😂😂😂 https://t.co/TJsmKrzWKz

Imagine baiting yourself this hard. 😂😂😂 Either you're dense asf or delusional to think people aren't going to spam vote retire.

That said, retire. The business and fans do not miss you, at all. 👋

How you gonna tell folks not to vote for you to retire…only to put in the poll an option that says retire? Does Ryback not know we either aren't fond of him or that wrestling Twitter will let the jokes fly?

@Ryback watching the retire option win every time he reposts the poll. pic.twitter.com/OVPEiJsl89

Ryback always talking shit and blocking people on Twitter and for some reason he expects people to want him to come back to wrestling. pic.twitter.com/nnioxOSdRR

Remember when The Ryback announced on his podcast that he was going to send me his super secret special documents that would help take down WWE or something and then never did it?

Still one of the weirdest interactions I've ever had with a source or potential source.

What do you think would be the outcome of this poll this time? Let us know in the comments below.