‘Mr. Monday Night’ Rob Van Dam (RVD) took his rightful place in the WWE Hall of Fame Class of 2021 earlier this evening. The Hall of Fame ceremony wasn’t the usual one with fans in attendance, but the fun and grandeur of the event were unhinged.

In a WWE Network exclusive interview, they asked RVD how it feels to be in the WWE Hall of Fame. He instantly replied, “Well, I guess that makes it official. It just happened. Feels awesome.” RVD added he feels honored. Moreover, he said his efforts have all paid off, and he feels rewarded.

RVD continued, “It’s like the WWE Universe saying, ‘Hey, we appreciate you for everything that you’ve done; all of your contributions so much that you belong up there with the legends.’ Dude, how’s that going to feel? Pretty good.” 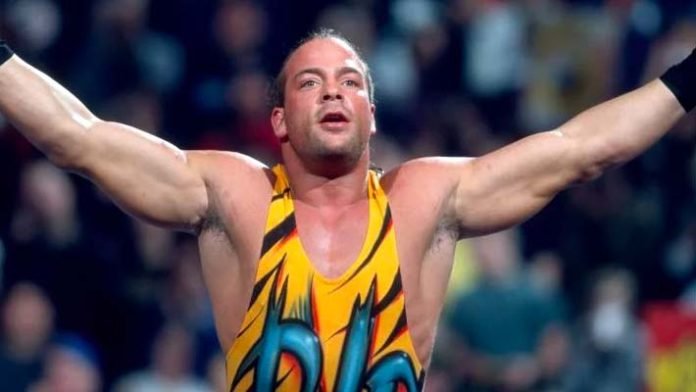 The interviewer then asked Rob Van Dam when and where he found out about his Hall of Fame induction. The ‘Whole F*n Show’ revealed he was at home when he got the call. He also revealed it was John Laurinaitis who made the call to him.

While talking, RVD also said he’s happy to see John Laurinaitis back as the Head of Talent Relations for WWE. He said, “Johnny and I wrestled in Japan together for many, many times starting back in 93. So it was cool to get a phone call from a friend.”

THANK YOU EVERYONE for tonight! It’s a really good night. 😊 pic.twitter.com/SIeGDycmxz

The former WWE Champion didn’t finish there. He added that Laurinaitis wanted to be the one to call him to talk about the Hall of Fame induction. Vince McMahon had asked John Laurinaitis to speak with RVD and ask if he’d be down to be inducted in the Hall of Fame Class of 2021. Well, we all know RVD’s response!

Looking back at RVD’s legendary career

Rob Van Dam started his wrestling career in 1990, but rose to immense popularity in ECW. In fact, he became one of the major attractions of the Philadelphia-based promotion. Fans even started considering him as an ECW Original.

RVD’s in-ring style is unlike any other. That perfect blend of kicks, high-flying moves, and daredevil action makes him one of the best ever grace a pro wrestling ring. It was this unique style that made fans gravitate towards him, including rival promotions.

Rob Van Dam made his WWE debut as part of The Invasion angle after ECW closed doors in early 2001. He quickly rose to prominence and won his first title, the Hardcore Championship, within days of his WWE debut. The rest as they say is history.

All in all, RVD is one of the greatest ever. And it’s great to see him get his rightful place in the WWE Hall of Fame. What do you think of RVD’s Hall of Fame induction? Let us know in the comments below!