‘The Boss’ Sasha Banks is going to drag the biggest wrestling promotion, WWE, to the court! It all started a few weeks ago when Sasha Banks and Naomi walked out of the company during a Monday Night Raw episode.

Banks and Naomi took the matter into their hands as they went to Head of Talent Relations, John Laurinaitis’s office. They left their titles and walked out of the arena.

The lawyers of Sasha Banks have her back during her tough time!

Sasha Banks and Naomi were called “unprofessional” and suspended for their actions on WWE live television. However, Wrestling Inc’s Raj Giri reported WWE had released Banks from the company.

In the latest news flash, Andrew Zarian of the Mat Men podcast revealed that Banks’ attorneys have been working on her release.

“But I did hear late last week that her attorneys were working on getting this done.” [h/t – Ringside News]

Zarian noted he could not confirm if ‘The Boss’ had definitely been fired from WWE. But her legal team had been trying to negotiate to pull her contract for over a week.

However, after several disrespects by Vince McMahon’s company toward ‘The Boss’ and Naomi, it seems the legal team could look that matter out. 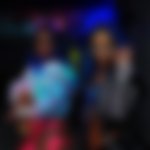 Earlier reports suggest that Mr. McMahon and the company were keen on not letting their contract expire within the next two months. Instead, WWE froze Banks and Naomi’s contract, which can be why lawyers got involved in this chaos.

The SmackDown superstars after their walkout of Monday Night Raw episode

After the former WWE Women’s tag team champions walked out of the company, they did not reveal much. However, on June 11, 2022, ‘The Glow’ Naomi took to Twitter and finally broke her silence. Naomi posted a heartwarming and emotional video with five significant statements hinting toward her WWE walkout incident.

This medical institution posted videos and photos of Sasha Banks hanging out with the staff. PRK eye surgery is beneficial for athletes who are involved in high-impact sports. 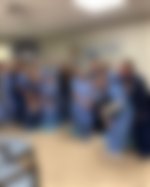 Usually, Banks had either blue or red hair color as a part of her professional wrestling gimmick. But now, Sasha Banks has a new hair color that the WWE Universe has never seen on live television.

With the lawyers getting involved, it’s just a matter of time to understand the future of ‘The Boss’ with Vince McMahon’s company.