Will we see a throwback WWE SmackDown stage?

When WWE announced the throwback episode, fans instantly wanted to see the SmackDown Fist return. The iconic stage is something fans have wanted to see for ages, but WWE hasn’t delivered on their part. We’ve seen throwback editions of SmackDown and anniversaries, but the stage hasn’t changed. 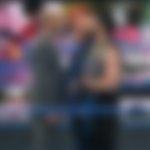 It would be disappointing if Roman Reigns did not kick off this special edition of WWE SmackDown. Over the past year, Reigns has carried SmackDown and dragged it out of the mud. With the Tribal Chief at the helm, SmackDown has become the ‘A’ brand in WWE.

With WrestleMania Backlash two weeks away, one can expect Reigns to announce his challenger for the Universal Championship. He can even base his decision on a certain WrestleMania rematch taking place in the main event. Or maybe, Reigns takes a day off on May 16th, making it the first PPV without a Universal Title defence.

On the debut episode of SmackDown on Fox, we saw The Rock and Brock Lesnar return to WWE. The People’s Champion opened the show with the first ever SmackDown Women’s Champion Becky Lynch, while Lesnar beat Kofi Kingston in the main event for the WWE Championship.

Now, expecting Lesnar and The Rock is far-fetched, but Becky Lynch can make a surprise return for one night. We might even see AJ Styles return to the house he built for one night only.

Speaking of wrestlers who put SmackDown on the map, who wouldn’t want to see the Undertaker return and Chokeslam someone to hell.

At WrestleMania, Cesaro and Seth Rollins put on a wonderful match that showcased each Superstar’s unlimited potential. Cesaro registered his first singles win on the Grandest Stage of Them All, against Rollins, who has seen immense success at the Show of Shows.

Rollins renewed his issues with Cesaro on the SmackDown after WrestleMania and now seeks to put the Swiss Superman in his rear-view mirror. Both men have their eyes on the gold, and the winner of this match takes one step closer to clinching it. Unless we see a huge return…. 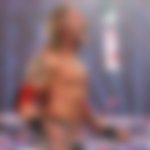 Edge hasn’t been seen since losing to Roman Reigns at WrestleMania. Despite winning the Rumble and charting his course to the main event, Reigns proved his dominance and swatted him away like an annoying fly. While Reigns and Daniel Bryan have moved on, what’s next for Edge?

The throwback edition of SmackDown is the perfect place for Edge to make a return to WWE. Edge is even one of the biggest names to grace the SmackDown stage. He can stake his claim on the Universal Championship, and maybe, he could be Roman Reigns’ next challenger at WrestleMania Backlash.