The Bloodline (Roman Reigns, Jimmy Uso, and Jey Uso) imposed their dominance once again at WWE WrestleMania Backlash 2022. Reigns and The Usos got the better of the special team of RK-Bro and Drew McIntyre.

McIntyre joined hands with RK-Bro to challenge The Bloodline. All six men produced a main event-worthy match. But in the end, one had to emerge as the winner.

Tonight, Roman Reigns and The Usos had the last laugh after a thrilling contest that kept the fans at the edge of their seats. The match even received some “This is awesome” chants from the live audience.

The fans also took to social media to reveal their reactions. One person even called this match the best six-man tag team match WWE had for years.

And you all thought this ppv was gonna suck

Hear me out @WWEUniverse ! Next PPV install HIAC. Let’s have a Tornado Tag inside the #HIAC with RK-bro and Drew vs the #Bloodline ! Let’s go ! Put all the titles in the line. @wwe

What a match, What a PPV. this show did not need to be this good holy shit What an entertaining show. awesome.

This match was so awesome! RKMcBro should've won but, I know this is all leading for the better with probably the unification match still happening and Drew vs Roman for the championship down the line

I don’t even care about the result, that match was fucking insane

Both the teams had control of the match at certain times. The team of RK-Bro and Drew McIntyre looked dominant in the opening stages. But later on, The Bloodline had the momentum.

Throughout the match, the WWE Universe got to see special moves such as the Superman Punch, Claymore Kick, etc. At one moment, it looked like Orton will single-handedly pick up the victory over The Bloodline.

The Apex Predator of WWE hit both Jimmy & Jey Uso with power slams. And he also delivered an RKO on Roman Reigns that got one of the biggest cheers from the crowd.

Orton then delivered another RKO to Jimmy Uso and tried to pin him. But Jey Uso saved the match for The Usos by breaking the pinfall over Jimmy Uso.

In the ending moments, the action took place near the announcers’ table as Roman Reigns slammed McIntyre through the table. 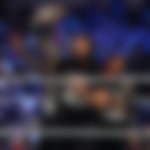 Before that, he also delivered a Superman Punch to Randy Orton and took ‘The Viper’ out. Inside the ring, it was down to Riddle and Jey Uso. Jey Uso tried to hit a splash on Riddle. But Riddle got up and hit an RKO from the top rope.

However, before Riddle delivered the RKO, Reigns got himself tagged in. And just after the RKO from Riddle on Jey Uso, Roman Reigns hit a spear on Riddle to pin him successfully for the win.

Did you enjoy this match between The Bloodline and the team of RK-Bro and Drew McIntyre? Who impressed you the most? Let us know in the comments below.