Former WWE Superstar, Karl Anderson, apparently cheated on his wife. Wrestlers are known for “working” their fans, so we don’t know what exactly is going on.

Anderson’s wife, Christine Bui, recently posted a photo of him with “cheater” written multiple times on his face. She added a suspicious caption saying, “I don’t play nice.”

The former WWE and current TNA superstar shares a very sporty relationship with his wife. The couple pranks each other regularly. Recently, Anderson pranked her in a car.

His wife was snoozing away during a road trip, and he jostled her, which woke up a string of swears that would make a sailor blush.

I just wanted to let her know that we had reached our destination 😂#Drool 💧 😂#WheezeLaugh on the out..

Have a good day.. pic.twitter.com/yjSnTsuPRj

Karl Anderson is known for his time in WWE and New Japan Pro Wresting. In both promotions, he teamed up with old buddies, AJ Styles and Luke Gallows. 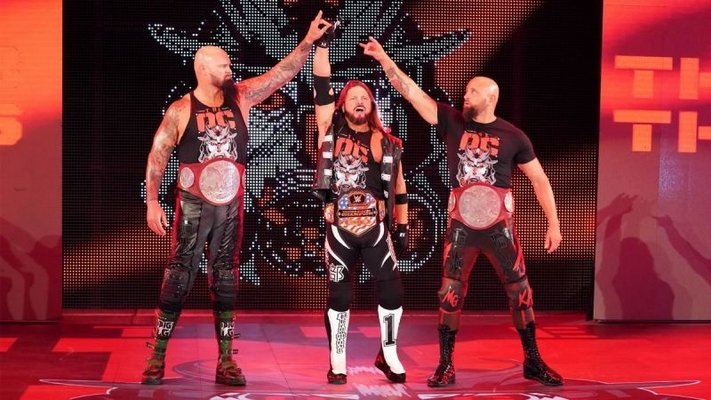 Putting the humor aside, Anderson and Bui share a very loving relationship and have four sons together.