Since they started dating The Undertaker has loved his wife Michelle McCool immensely. McCool has supported The Deadman through his wrestling career and today they are a happy family.

However, as McCool was a pillar for Taker, The Phenom also once took a stand for his current wife while she was a WWE superstar.

Former WWE writer Freddie Prinze Jr. on his podcast Wrestling with Freddie recalled the time The Undertaker scrapped all the plans for the Divas Title. At the time, Michelle McCool held this title. Prinze wanted her to drop the title to Awesome Kong aka Kharma at Royal Rumble. Also, he wanted McCool completely taken off of the title picture, for Kong vs Beth Phoenix to feud at WrestleMania.

Even though Prinze had permission from Stephanie McMahon, McCool didn’t like it. She started crying when she heard she would lose the title. She talked to Taker and Prinze found this from former WWE star Ezekiel Jackson.

The former WWE writer recalls the conversation with Jackson, “He goes well, Michelle said that you and her talk and she didn’t really like the story, so it’s gone. I said, was I supposed to ask this to her, I first say it was, I supposed to ask her like’. All this he goes for if she talked to (The) Undertaker and (The) Undertaker talk to Vince the stories go (es away).” 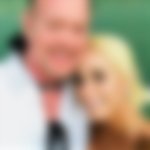 The Divas title meant a great deal to Michelle McCool, and she wasn’t happy about it. However, WWE canceled the feud Prinze planned between Beth Phoenix and Kharma after Taker talked to Vince McMahon.

Moreover, it shocked Freddie to learn that McCool didn’t like the story. Furthermore, he realized his mistake about ruining the foundation she laid in WWE. He stated in the podcast for not being proud of making this storyline without bringing McCool on the same page.

Michelle McCool worried about The Undertaker after retirement

On the first episode of season two of WWE Legends Biography Live–The Undertaker, we got an insight into Calaway’s life. Taker in this episode took the fans across his personal and professional life.

It scared Taker’s wife Michelle McCool about what the future holds after wrestling. McCool said, “I knew that gonna be hard for him. That’s the scary thing. Who am I as Mark Calaway the person or where do I go from here? Wrestling is all he’s done and all he’s known for 30+ years”.

The only reason The Phenom hung up his boots was that his body wasn’t responding to perform the way he wanted to. This is the toll of all the exceptional things Taker did and put his body through everything for 30 years.